The following is a personal account of my experience with altitude sickness, La Paz, Bolivia…

I got out of bed, walked to the bathroom and looked in the mirror. Something didn’t feel right.

My left eye wouldn’t open properly. My vision was grey and blurred. I closed my eyes and opened them again – staring at myself and shaking my head to figure out what was wrong. I felt funny.

My vision was becoming hazier and I began to feel dizzy and as though I was about to faint.

I tried to walk back to the bed and the whole left side of my face and both my hands went completely numb. My legs felt weak underneath me. I began to panic, which only made things worse.

What was going on?

I had just arrived in La Paz, Bolivia – and at 3,640 meters, I knew that the effects of altitude could do some weird things to your body.

However, I’d been at altitude for over two weeks – first in Arequipa in Peru (2,344 metres), and then I’d just spent a week at Copacabana on the shores of Lake Titicaca, which lay at 3,841 meters.

Plus, I’d never experienced altitude sickness before in my life. I was the one who was nicknamed ‘llama’ on our Salkantay Trek in Peru as I bounded over high altitude passes unaffected by the thin air.

Surely if I had a problem with altitude I would have felt it before now?

Then I remembered my mistake.

Why You Should Never Drink Alcohol at Altitude

I’d been a little tipsy the night before after going out for dinner and enjoying three glasses of red wine with my food. In the surroundings of an ‘English Pub’ on the corner of the road, I’d almost forgotten I was in La Paz and had disregarded the dangers of drinking alcohol at high altitudes.

Apparently, over three thousand meters, one drink has the same effect on your body as three drinks have at sea level and can dehydrate your body drastically, making your blood lose precious oxygen. So I’d really drunk nine glasses of red wine – oh – and three shots I remembered!

Once I realized what was causing my loss of vision and numb sensations, I calmed down a little. I explained my realization to my friend who was wondering what the hell the panic was all about and I drank a litre of bottled water all in one go in an attempt to rehydrate my body.

I began to feel a bit better. I stood up again. I immediately ran to the bathroom and was violently sick. I felt like I was about to collapse.

The numbness and tingling fingers returned and my left eye started to completely black over. I realized this was more serious than I thought. My words felt jumbled in my head.

My Trip to the Hospital in La Paz, Bolivia

I managed to tell my friend to call the hospital and she ran down to reception for help. What kind of hospital would it be in La Paz, Bolivia? I’d heard nightmares of a young girl having to have her leg amputated after receiving treatment in a hospital in Bolivia. I didn’t hold out much hope for it being a clean, modern clinic – and that made me worry even more.

As I waited in the bed in the grotty hotel room in La Paz, I felt so far away from home. I thought of my Mum who would be at her wits end if she knew what state I was in. I decided to only tell her once the whole ordeal was over. That’s if I survived it. For a moment, when my feet and legs started to go numb again as I lay on the bed, I thought I was going to die.

I wondered if this was, in fact, the panic rising in me (I am a bit of a panicker I’ll admit!) – or lack of oxygen stopping my limbs working. Either way – it was one of the scariest experiences of my life.

My body was shaking uncontrollably and I tried my best to drink as much water as I could to rehydrate my body.

All this from three glasses of wine! It’s my own stupid fault! Why wasn’t there a sign in the bar? Why didn’t the smiling waitress advise me to – “steady on” – as I ordered glass after glass!? Has this happened to travellers before?

When three nurses arrived (yes three!) I was still shaking but had managed to calm down and was making a conscious effort to breathe as deeply as I could to get more oxygen into my body. The head nurse, a lovely gentle Bolivian woman wearing all white, asked me questions slowly and calmly and said that they would take me to the hospital to be put on oxygen.

After a taxi journey through La Paz’s crazy, overwhelming streets we arrived at a very welcoming, spotlessly clean clinic where I was told to lie on a bed and an oxygen mask was fitted to my face. I lay there for about an hour.

Apparently, oxygen levels in my blood had been very low, as was my blood pressure, and this had caused my condition.

The Doctor arrived, who spoke excellent English and explained everything to me – he gave me altitude sickness tablets and some vitamins and told me that if I didn’t feel better in a few days then the only cure would be – to go down. I asked him if my scary experience would happen again? He couldn’t say.

The clinic was amazing and the Doctor even gave me his personal mobile to ring him any time if I felt weird. I was surprised and impressed by the Bolivian health care in La Paz!

Dangers of Altitude Sickness at the Salt Flats

Once I got back the hotel, I wondered about a story I had heard the night before, which in my tipsy, invincible state of mind, I had brushed off as a freak of nature.

A few days ago in Bolivia, a young Australian guy of 23-years old had died whilst on a tour of the salt flats of Uyuni. He’d been struck with altitude sickness and his friends reported that one minute he was laughing and chatting, admiring the incredible scenery and the next he was bumbling and unable to form his words properly. On a high altitude plateau, he had been unable to descend quickly and he was too far away from medical attention to seek help.

I don’t know if he had been drinking alcohol, was dehydrated or any of the details of his death but I do know that as backpackers; incidents like this remind us that we must take altitude sickness seriously.

There’s an almost reckless attitude of ‘nothing can harm me’ amongst some backpackers – inspired by youth and a daring spirit – yet no matter who we are – we are all fragile humans at the end of the day. This experience made me realize this more than ever.

I saved the details of this story until I got home to tell my Mum face-to-face – at sea level – over a glass of wine. 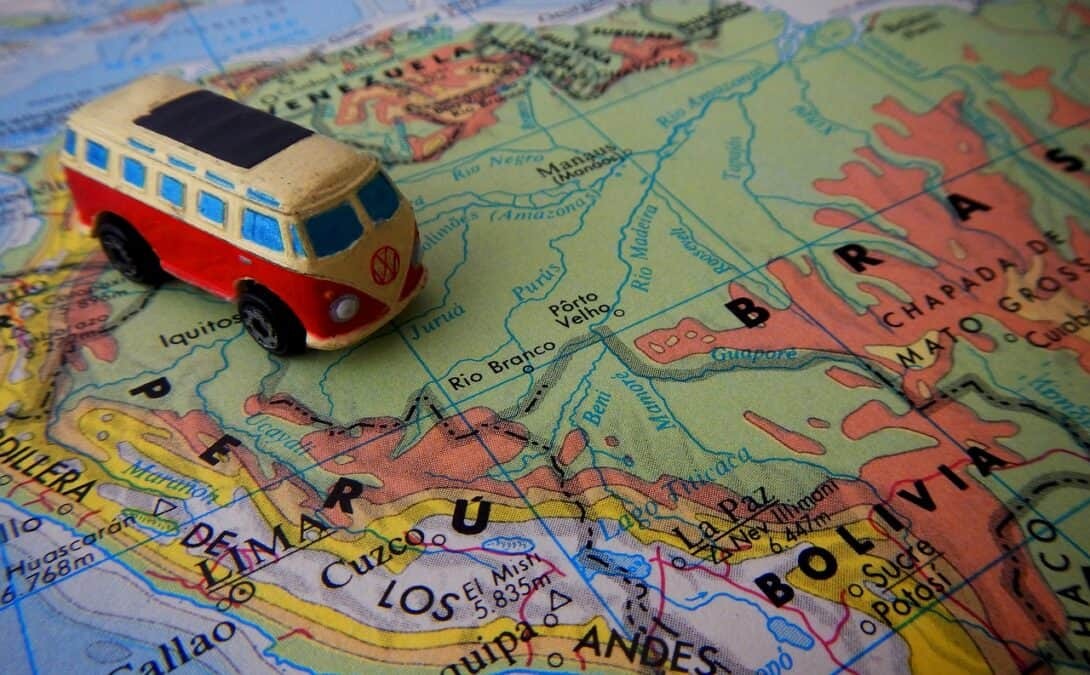 5 thoughts on “My Scary Lesson with Altitude Sickness in La Paz, Bolivia”