As the remote working trend continues to explode, many digital nomads are flocking to South America. The continent boasts a rich culture, exciting cuisine, and an incredible expat community.

Once upon a time, being a digital nomad was a job that many of us could just fantasise about. However, now that remote working has pushed its way into the mainstream, your dreams of a life of travel and freedom don’t have to stay unfulfilled!

If you’re looking to discover your next digital nomad destination in South America, look no further. These incredible cities are known for their buzzing DN scene, offering high-speed internet connections, trendy coworking spaces and an abundance of networking events. Everything you need to make your home away from home!

When you think of digital nomads in South America, it is likely to be the Colombian city of Medellín that springs to mind first. Essentially the digital nomad poster child for Latin America, Medellín has seen an influx of remote workers in recent years.

There is a thriving coffee shop scene in Medellín and hipster coworking spaces are popping up all over the city. For those who are travelling and working, check out the Selina hostel chain which offers both funky accommodation and dedicated work spaces. They run a popular coworking space in El Poblado and also offer coliving programmes which combine accommodation in any Selina, coworking spaces, free daily wellness activities and more.

In Laureles, there is also the popular spot, La Casa Redonda. This coworking space is great for those wanting to network as they host a number of events, encouraging a spirit of community among remote workers and expats.

The cost of living in Medellín is low and the city runs on the same timezone as much of the US, making it a popular choice with digital nomads from the States. Most choose to stay in shared or rented apartments outside of the city centre as this is where it is cheapest. Laureles is a popular area for remote workers, both for cost and also because of the proximity to La Casa Redonda coworking space.

For those of you wanting to get more first-hand opinions about living as a digital nomad in Medellín, there are plenty of Facebook groups dedicated to this very subject. Just do a simple search and request to join any that you fancy. Also, if you want to check out the city for a few days before you commit, hostels in Medellín start at just a few dollars per night.

Buenos Aires is Argentina’s main digital nomad hub and remote workers flood there for the exciting nightlife, low cost of living and European vibe. When it comes to coworking spaces, WeWork has four sites across the city. You have to pay a monthly membership which is a little costly at around 150USD but this does give you access to every WeWork coworking space worldwide.

There are numerous cafés and bars in Buenos Aires that are popular with digital nomads, especially in trendy areas such as Palermo. The government has also installed high-speed open WiFi connections in many spaces such as parks and plazas.

For newly arriving digital nomads, co-living spaces are a great place to make friends and become acquainted with the community. However, those planning to stay in the city for longer will need to consider renting. It is best to seek out rooms on expat forums and dedicated Facebook groups as overcharging is rife.

Although Argentina is more expensive than some of the other countries on our list, the Argentine Peso fluctuates a lot, meaning that foreigners get a lot of bang for their buck when living in the country. This is of course, not good for the local economy so don’t go around bragging to Porteños about how cheap it is for you to live there.

In November 2021, Buenos Aires hosted Latin America’s first-ever conference for digital nomads and it is hoped that by 2023, 22,000 digital nomads will call the city home (for now).

If you have backpacked in Peru, you’ll know it’s neither the cheapest, nor the most expensive country in South America. However, surprisingly, the Peruvian capital of Lima clocks in as one of the continent’s more expensive places to live.

Although Cusco tends to be a popular spot with tourists, the internet can be very patchy all over the city, causing digital nomads to flock to Lima instead. Even though many parts of the city have a sketchy reputation when it comes to safety, popular areas such as Miraflores and Barranco are generally safe and offer decent WiFi connection as well as a growing DN scene.

When it comes to coworking spaces, a quick search will reveal over 40 in the city. One of the most popular is an offering by Selina Lima, which gives digital nomads 24/7 access to an average WiFi speed of ​​40 – 100 mbps.

There are plenty of digital nomad friendly cafes across the city, with trendy coffee shops regularly popping up in areas such as Miraflores and Barranco. Kulcafe is popular for its reliable internet connection and delicious coffee. There is also a menu specifically for vegetarians and vegans.

Although Cuenca has long been a city for expats (namely retirees from the US), it is also a growing hotspot on the digital nomad scene. This colonial city is located in the south of Ecuador and is known for its beauty and consistently good weather.

Cuenca is a university city and the combination of open-minded students and existing expats means that you are likely to find a good community here. There are a number of cute coffee shops and cafes where you can work, including the friendly Café Austria which serves European food.

There are easily enough coworking spots in Cuenca to meet your needs, including Coworking Cuenca. This innovative space is accessible to digital nomads for just $40USD a month. Impaqto is another popular coworking provider which has offices around Ecuador. This is a good place to meet other freelancers, however, it is more expensive than Coworking Cuenca and Selina Cuenca.

Although it won’t be the best location for party-loving digital nomads, there is always plenty to do in the city. You are close to the breathtaking Cajas National Park and events and concerts are held regularly. Due to the burgeoning expat scene, home comforts like craft beer are never far away!

Although certainly not one of the cheapest cities on our list, Rio de Janeiro is attracting more and more digital nomads with every year that passes.

If you’re craving a chilled-out beach lifestyle, Brazil is one of the world’s best choices. Rio in particular is known for its idyllic beaches where there is nowhere better to kick back with a local beer. A buzzing nightlife scene knits this altogether in a wonderfully refreshing alternative to a more traditional lifestyle.

For digital nomads in Rio, there are a few popular neighbourhoods to base yourself out of. These include Ipanema and Copacabana. Facebook groups are a great way to peruse the rental market but if you want to stay shorter-term to begin with, AirBnB and Selina are a good choice. Although you’ve probably heard Rio is a violent and scary place, it is generally fairly safe in the tourist and expat frequented areas. It should go without saying that you ought to avoid the favelas.

The city is littered with coworking spaces and digital nomad-friendly cafes, however, you should always keep your laptop out of sight when you are travelling around, especially if you are using public transport. Tribo coworking is one of the most visited spots and is located in Copacabana. Prices begin at $45USD per month.

Pssst..! 🤫 Brazil actually plans to launch the first digital nomad village in the entirety of South America! The project is scheduled to open in Pipa in November 2022 so keep your ear close to the ground and check our their website for the latest developments!

Think Brazil is the place for you? Learn some more about the country with these astounding facts about Brazil!

If you are location independent, the Colombian capital of Bogotá could offer exactly what you are looking for. Although not as popular with digital nomads as Medellín, there is still a remote work scene here which appears to be ever growing.

Bogotá is popular for its low cost of living. If you are happy to share an apartment in this city, you could pay as little as $300USD for your accommodation per month! La Candelaria and La Zona Rosa are both popular areas for digital nomads and expats.

The city has a thriving coffee scene which has, in turn, led to a number of digital nomad friendly cafes in recent years. Sip on the finest Colombian coffee while you work away at Arte y Pasion Café or enjoy a snack at Amor Perfecto.

There are several coworking spaces throughout the city, many of which will be instantly recognisable to already established digital nomads. Selina crops up again, providing a hipster setting and there is the popular alternative Panda Lab coworking.

The bustling capital of Ecuador is a fantastic destination for remote workers. There is a growing expat scene within Quito and a DN community is easy to find in the cool cafes and coworking spaces.

Accommodation favored by digital nomads can be found in the La Mariscal, La Ronda and Old Town districts, though which will suit you best depends on your personality. La Mariscal has more of a nightlife vibe whereas the Old Town is much more traditional and closer to the main sites.

Unfortunately, the internet in Quito isn’t the fastest that you can find in Latin America but is generally pretty reliable, with good coworking spaces available across the city. Look for Selina Quito, Impaqto Quito and Play House.

Valparaíso in Chile is a fantastic place to base yourself for a few months as a digital nomad. However, the downside is that Chile is one of the most expensive countries in Latin America. If your budget will stretch, you can expect to find a vibrant seaside city which is up and coming on the digital nomad scene.

Chile’s cultural capital is best known for its colourful street art and hipster vibe where there is always some kind of event happening. Cerro Alegre is a generally safe area which is recommended for digital nomads. It is close to a number of chilled cafes. There are a few different coworking spaces around the city including UrbanWork, Housenovo Parallel and iF Alto Valparaíso.

Do you know of an upcoming digital nomad hotspot in South America that we haven’t listed? Let us know in the comments below! 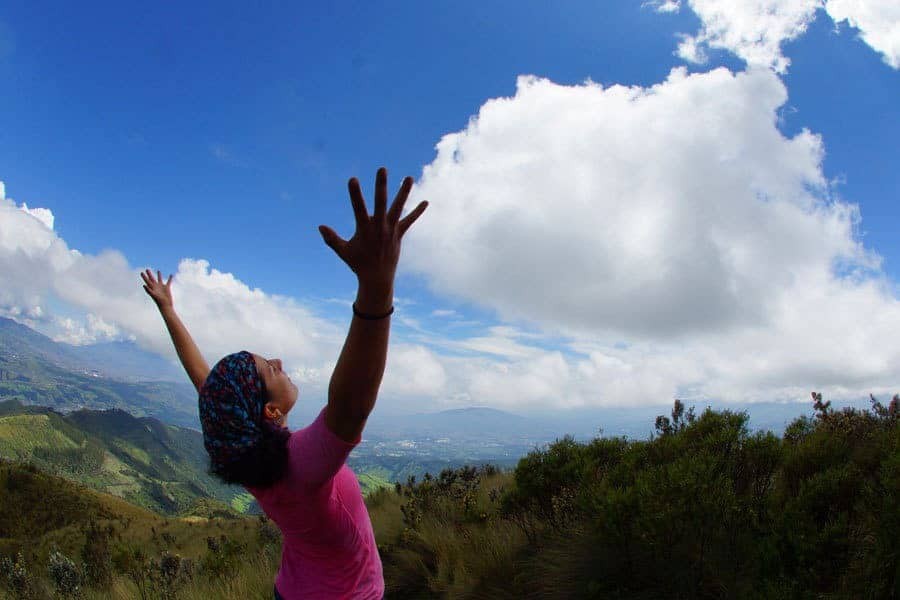 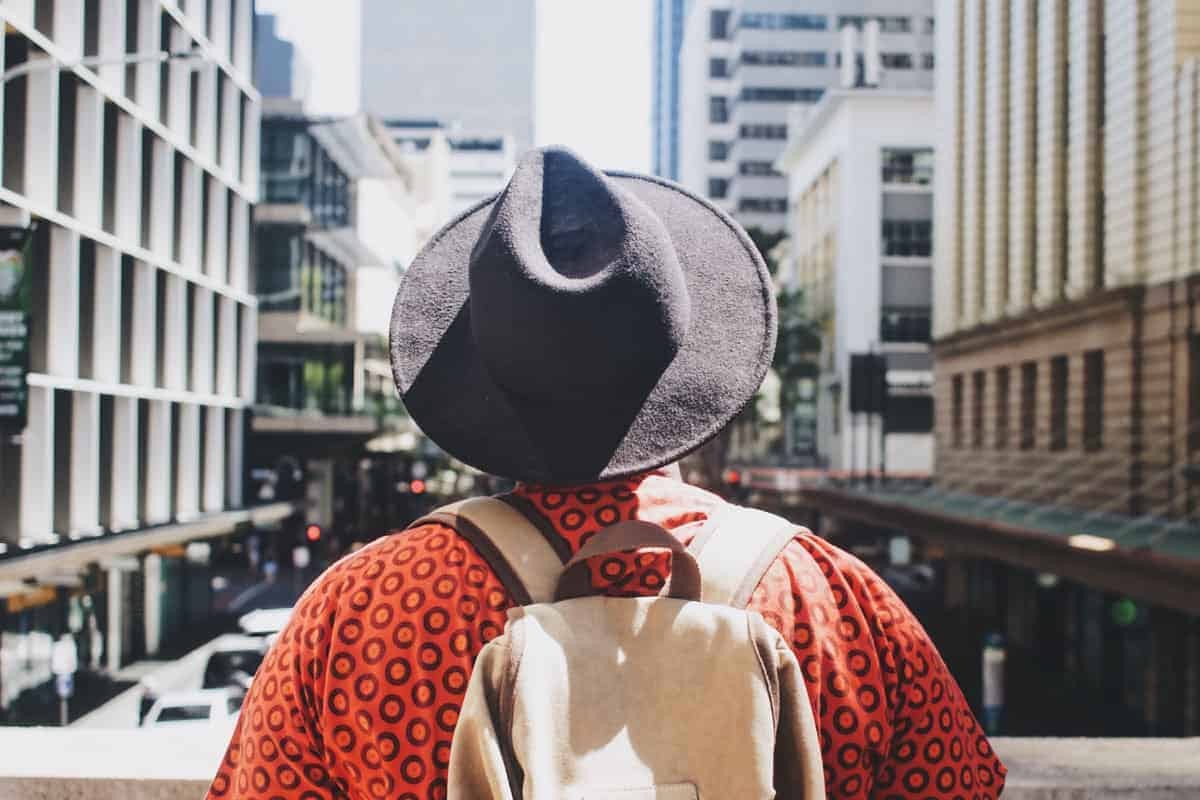