Bolivia is a country that is rich in culture, history and natural beauty. And travellers are starting to cotton on: visitor numbers have increased dramatically over the past few years, surpassing a million for the first time in 2018.

Yet, Bolivia’s visitor numbers still lag behind its more popular neighbours, such as Peru and Colombia. It’s fair to say the landlocked, Spanish-speaking country remains rather rough around the edges, and while the rich local culture is a draw for some, for others the lack of home comforts (including McDonald’s) is a turn-off. But please, don’t leave the beautiful, bonkers Bolivia off your South America bucket list – let our one month itinerary give you some inspiration!

Many people visit Bolivia as part of a longer trip around the continent, entering via the Peruvian border at Lake Titicaca. We began our itinerary here, but if you’re flying into La Paz and starting your journey there, we’ve included some extra information for you at the bottom of this page.

Bolivia Itinerary: The Highlights in One Month!

The highest navigable lake on earth, the stunning Lake Titicaca sits in the Andes mountains on the Bolivia/Peru border. It’s a great place to spend between three and five days resting your feet (especially if you’re coming from Peru and have just trekked to Machu Picchu!).

Travellers tend to visit the Uros Islands, or floating islands, on the Peruvian side of the lake, before making their way to tourist hotspot Copacabana on the Bolivian side (not to be confused with the Brazilian beach of the same name).

Copacabana, though a bit of a tourist trap, is a pretty little town complete with a main square, church and plenty of dining options. Popular pastimes include walking up to the summit of Cerro Calvario to get beautiful views of the town and the lake, or wandering around the local markets (okay, maybe your feet won’t get much of a rest after all…).

Where to stay in Copacabana:

Eco Hostal Joshua: A popular choice among those who are looking to chill, this hostel promotes clean living (no alcohol or smoking on site) and vegan food. It is a beautiful place to spend a few days in Copacabana, however, backpackers looking to party may want to go elsewhere! Prices begin at $8USD.

From Copacabana, visitors can hop on a boat and be at the gorgeous Isla del Sol, the largest island on the lake, in just one hour. Return boat trips can be arranged from the pier in Copacabana or visitors can book accommodation on the island and spend a couple of nights there.

Isla del Sol, or island of the sun, is both picturesque and historically significant: Incas believe the sun god was born there, and tourists can enjoy a variety of Incan ruins across the island. If you’re into hiking, Isla del Sol is also a good bet for you – there are no cars or paved roads on the island and a trek from north to south is very rewarding.

Where to stay in Isla del Sol:

Hostal Inti Wayra: For those who want to spend at least one night on Isla del Sol, Hostal Inti Wayra is a good choice. You’ll have to endure an epic climb to get to this place but the views over the lake are magnificent. Rooms start at $26USD.

If you’re starting in Peru, there are plenty of options to get you to the lake. Aside from driving, you can catch a bus from Cusco starting at around $25 per person. The price increases depending on whether you want the comfort of a life-flat bus or semi-life flat bus.

If you’re willing to splash out, there’s also the option to take a luxury Peru Rail train, which departs four days a week from Cusco and will set you back about $200. If you’re short on time, for a similar price you can fly into the nearest airport, Juliaca, in one hour.

After around a week relaxing around the lake, it’s time to enter the weird and wonderful world of La Paz.

Standing at a mighty 3,640m high, and complete with spectacular views of the Andes, it may surprise you to learn that La Paz is a bit like marmite. That’s because, well, it can be a bit strange at times: where else can you buy a dehydrated llama foetus in the local market, then go watch a cholita wrestling show?

You can even try your hand at mountain-biking down Death Road – aptly named given its high death toll, though plenty of safety measures have been put into place in recent years.

If fearing for your life while hurtling down a dangerous road isn’t quite your thing, stick to lapping up the views from the safety and comfort of the world’s highest cable car (and surely one of the cheapest, it costs less than 50 cents to ride!).

There are also several stunning excursions you can take from La Paz, including scaling rock formations at the Valle de la Luna or hiking a 6,000m+ mountain, Huayna Potosi.

Travellers could easily spend a week in La Paz alone, but if you haven’t had a chance to visit the Amazon on your South American adventure yet, now may be the time to do it. The Bolivian Amazon is cheaper to visit than its more popular Brazilian counterpart, and a number of tour companies sell packages inclusive of flights to Rurrenabaque (which take about an hour) starting from about $200.

Where to stay in La Paz:

Loki Hostel: Loki hostels are the place to be for backpackers looking to party! They run daily events and the social vibe means that solo backpackers are rarely solo for long. Dorms start at $6USD.

Travellers can make the journey from Copacabana to La Paz in about three-and-a-half hours. As well as the tourist buses, there’s also the option to punt for a cheaper (about five dollars), but slower, local bus. You may also fly into La Paz from elsewhere on the continent – if this is you, we have some extra information at the bottom.

You might be feeling a little worn out after your journey from La Paz, so take the opportunity to potter around this romantic city’s central square, visit local markets and sample the local cuisine. Sucre is very affordable which is why many people choose to take up lessons to brush up on their Spanish skills here.

Where to stay in Sucre:

KulturBerlin: This social hostel is a great choice for backpackers who like to be entertained. KulturBerlin has nightly themed activities with everything from Salsa night (with free lessons) to party Saturdays! Beds start at $7USD per person.

After a few days in Sucre, head south-west to the fascinating city of Potosí.

From La Paz, visitors can catch a cheap night bus (13 hours) with companies including the reputable Trans Copacabana and El Dorado.

Potosí used to be an extremely wealthy silver mining city, with one theory suggesting that the city’s mint mark is the origin of the dollar sign. But its history soon turned dark when many labourers, conscripted to work in the mines, died due to harsh conditions and mercury poisoning. Colonists began bringing over slaves to work in the mines, many of whom too succumbed to the working conditions.

Despite this tragic history, the mines are still operational today and tourists after an eye-opening experience are able to take mine tours with local workers.

Where to stay in Potosí:

Hostel Casa Blanca: Situated in the centre of Potosí, backpackers flock to Casa Blanca for its colourful decor, sociable community and friendly staff. There is a tour desk on-site so travellers can arrange trips. A bunk bed in a mixed dorm begins at $9.

From Sucre, bus is your best bet – they run frequently and the journey’s only about three hours. Get into town from the bus station by grabbing a local bus or taxi.

The salt flats look very different depending on when you visit. In the drier months, the flats are just that: dry. But if you visit the salt flats in the rainy season (December to April), the coating of water transforms Salar de Uyuni into the world’s largest mirror, which makes for spectacular photos. That said, excessive rain can lead to tour cancellations, so factor that in when planning your itinerary. For more help when planning your Bolivia trip, check out our climate guide to the continent.

The small city of Uyuni is the gateway to this natural wonder. You can book a tour of the salt flats in advance or shop around different tour companies based in Uyuni when you get there – you’ll be spoilt for choice. Please remember to check the company’s safety record before you put any money down.

Standard tour stop-offs include the eerie train cemetery and the colourful, flamingo-filled lagoons of Eduardo Avaroa Reserve. It is possible to do just a day trip if you’re short of time, but try to spare three days to really see what Salar de Uyuni has to offer.

As part of the tour, or at the end of it, many travellers cross into Chile via the Atacama Desert (the driest place on earth) to continue their South American adventure.

Where to stay in Uyuni:

Piedra Blanca Hostal: This is one of the only proper backpacker hostels located in the city. The beds are really warm (you’ll be grateful for this in Uyuni!) and the common areas are spacious and comfortable. Prices from $12USD per person.

The bus journey from Potosí to Uyuni takes about four hours and costs approx $10. The route is beautiful so make sure you stay awake to take in the views!

If your Bolivian adventure starts in La Paz, most likely with a flight into El Alto International Airport, you can start the itinerary at week 2 and then fly back to La Paz from Uyuni for your return flight (a 10-hour bus is also possible and a good option if you’re on a budget, though poor road conditions mean it can be bumpy and uncomfortable).

If you’d like to start in La Paz and still see Lake Titicaca, you can do this too. Many tour companies run trips to Lake Titicaca – both day trips and longer trips. Or, you could catch a bus independently for the lowest price.

If you’re flying in from a country at a much lower elevation than La Paz, we’d recommend spending a few days in La Paz first to acclimatise. Many travellers choose to get some altitude sickness medication before they depart for South America but this is not always necessary.

Katie King works in press and communications for a non-profit in London, and has a background in law and legal journalism. She’s travelling on her own to South America for four months in 2020, starting in Peru and finishing in Argentina. While there, she’ll intern at a charity in Cusco for two months and, fingers crossed, brush up on her Spanish skills! 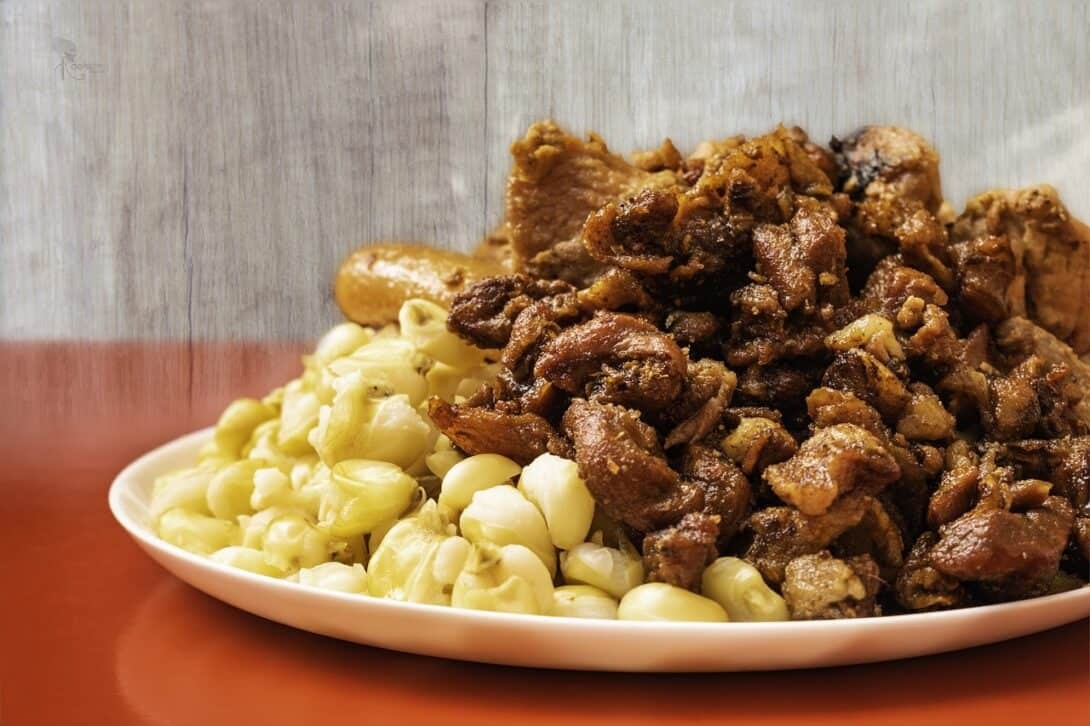 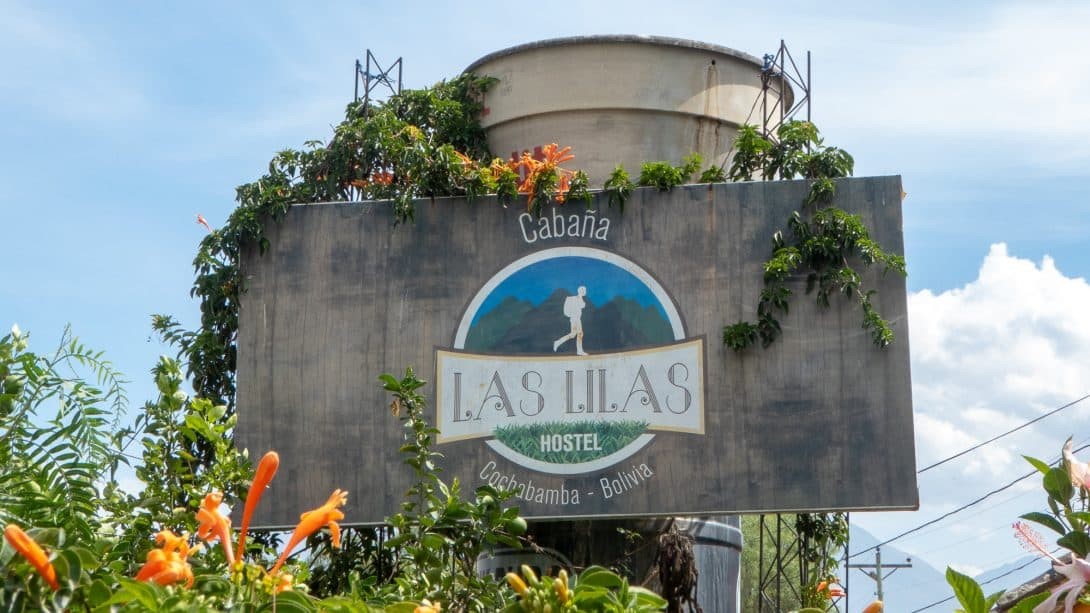