La Paz, capital of Bolivia, is a sprawling city located a whopping 3,650 metres above sea level! I had heard it was like marmite, you either loved it or you hated it. The first thing that became quickly apparent was the sheer size of the city. Coming from a small rural village in the UK, the scale of La Paz was definitely overwhelming. I had no idea where to start exploring! That’s where a La Paz Walking Tour comes in handy…

A Walking Tour of La Paz – Your Options…

As I do when I arrive in any city, I decided to check out the free walking tour options. However, I was shocked to find that ‘free’ walking tours no longer exist in Bolivia. Whilst they used to operate in the country, the tour agencies caused a stir and claimed they were losing business as a result. In response, the government enforced a minimum price for a walking tour, with guides asking for their own tips on top.

There are plenty of tour agencies within the city that offer walking tours. Tim and I got on Google and started looking at the best. We saw that Altitude Alliance Travel offered one called Be a Local. There was a standard walking tour and a more expensive extended option.

The extended definitely appealed as there was the flexibility to combine it with one of La Paz’s famous Cholitas Wrestling shows. During these shows, indigenous women dressed in traditional clothing wrestle each other, both for local and tourist entertainment. It was something I was dying to see!

Exploring La Paz with Be a Local

The day began at the infamous Wild Rover Hostel in La Paz. I was armed with my comfiest trainers, rain jacket and sunscreen because I had heard the weather in the city could be crazy. It had been a beautiful morning and the sun was beaming down but I was sure it wouldn’t last long!

Upon meeting the rest of the group and being introduced to our guides, Agus and Gera, we headed off into the labyrinth of the streets.

The tour officially started at Murillo Square, La Paz’s answer to a central hub. It was here that our guides explained a little bit about the square and its history. We received a crash course in Bolivian politics and learnt about the bloody history of this central square.

There has been much political turmoil in Bolivia’s past which is evident from looking around the area. In the corner of the square, it is still possible to see bullet holes in one of the buildings. These have been left as a reminder of the past and as a lesson for the future.

After a lot of deep and heavy political discussion, thoughts turned to food as we headed towards the Lanza Market. This iconic spot is the beating heart of La Paz and serves to offer pretty much everything you could need on a daily basis.

We stopped in the market while Agus introduced the importance of loyalty to local vendors. Business is very personal here and you will be expected to buy the same goods from the same people time after time. This comes with benefits though as you can be rewarded with freebies and extras because of your loyalty.

Most of the group were hungry so we all got seated in a juice bar. Here we had the opportunity to sample delicious avocado sandwiches for just 5 bolivianos apiece, along with fruit juices for a little extra. It was a refreshing break and one that we would need if we were going to have the energy for the afternoon’s walking.

Feeling sufficiently pumped, we headed over to the La Paz witch market. Bolivia is a very traditional country and superstition still runs rife in its culture. I was surprised to see a whole manner of curious objects in the witches market, including llama foetuses, ‘love’ dust, penis candles to encourage good sex, amulets and even an ekeko (a model of a small man who is meant to give you good fortune if you treat him well).

After feeling sufficiently shocked out by our discussions in the witch market, we waited for a micro (shared taxi) to take us to the cemetery. We spent the journey chatting to the locals in our broken Spanish and marvelling at the extent of the traffic in the city.

After a relatively brief journey, we made it to the cemetery. This was a cultural experience in itself! There is a very different attitude to death in South America and it is not unusual to see relatives of the deceased just hanging out to be close to their loved ones.

Unlike a European cemetery, the walls are adorned with paintings surrounding the theme of death and tokens are regularly left for people who have passed on.

After our walk around the cemetery, we made our way to the red line teléferico. We would be taking the cable car all the way up to El Alto to see the flea market that they hold every Thursday and Sunday. The guys at Be a Local made this a really easy process as the cost of the tickets were included in the price of the tour.

We piled into the cable cars and then spent the next 10-15 minutes admiring the view of the city beneath us. When it comes to public transport, this is definitely one of my favourite ways to travel!

The flea market ran by the Aymara people, occurs every Thursday and every Sunday. It is probably the largest flea market in the whole of South America and covers nearly the entire El Alto district! It is possible to buy everything here, from car tyres to kids clothes.

To truly get an idea of its scale, take the red teléferico line over the top. You will be amazed at how many blocks the market covers!

We meandered our way around the flea market for an hour or so, the highlight of that time being the opportunity to try some more of the local cuisine. After munching on Bolivia’s answer to barbecue (beef sausage baps) we headed off to the Cholitas wrestling show.

After we arrived at the location of the Cholitas wrestling show we were presented with our tickets (included in the price). These permitted us entry into the show and also included tokens for two bathroom breaks (you very rarely pee for free in Bolivia), as well as snacks and a souvenir.

Tim and I immediately traded our snacks coupon for a bottle of coke and a bag of popcorn each. After this, we settled down in our seats to watch the show.

The Cholitas are a group of indigenous women from Bolivia. For years they suffered abuse and discrimination at the hands of society and more directly from the men in their lives. As a show of their strength and also in response to the shocking domestic violence that Bolivia is plagued with, the women began wrestling.

It is a bizarre spectacle but one that caught on and now the Cholita wrestling shows are touted as a must-see whilst you are in La Paz.

After seeing the Cholitas parade around the ring, it is clear that whilst the tradition may have serious origins, these shows are lighthearted, tongue in cheek entertainment.

The Cholitas threw each other around with surprising gusto and really put on a great show. I had heard complaints from other travellers that the wrestling looked fake and put on for tourists. Whilst it is true that there were mostly foreigners watching, I have been told that Sunday’s show gets many local visitors. As for the wrestling looking fake… have you never seen wrestling before?!

What is perhaps as amusing as the show itself, is looking out for over-invested audience members! You won’t have to search long before you see someone getting way too into the storyline!

After several fights, the show came to a close and the Cholitas came out to pose for pictures with the audience. Feeling giddy from such a good evening, I rushed over to the ring for a couple of snaps. To my surprise, a Cholita grabbed my legs and swooped me up into the air. The wrestling may be a spectacle but believe me when I say, these are a bunch of very strong women!

We piled out of the building and took our seats on the tourist bus which would be taking everyone back to the centre of La Paz. As the El Alto area isn’t the safest after dark, this was a welcome and effort-free way to get back to the hostel.

The Verdict of the Walking Tour!

Whilst it was a busy and exhausting day, the tour was great fun and provided a fabulous opportunity to explore La Paz. Agus, in particular, was fantastic and hugely knowledgeable about both the city and the local customs and beliefs still held by Bolivians today.

However, the highlight for me was undoubtedly the Cholita wrestling. It was one of the most strange, surreal things I think I’ve ever seen but I loved the humour behind the show and also how this industry is turning Cholitas into local celebrities!

If you are in La Paz, definitely don’t miss out on the opportunity to explore the city with a walking tour and to see the Cholitas wrestle. Without some good photos of these women in action, everyone will think you’re having them on! 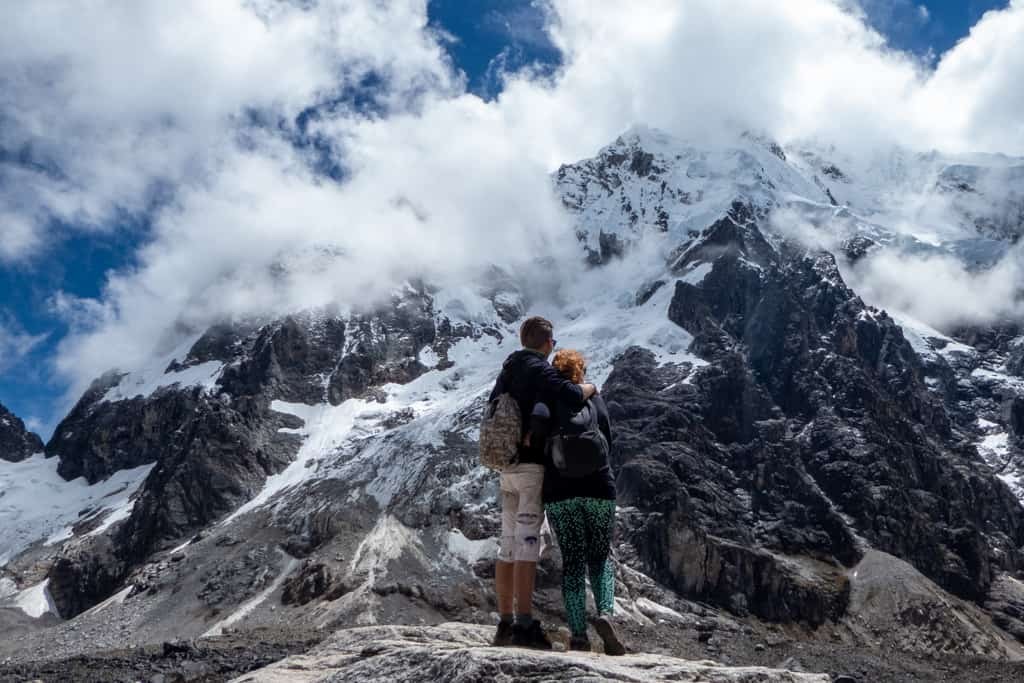 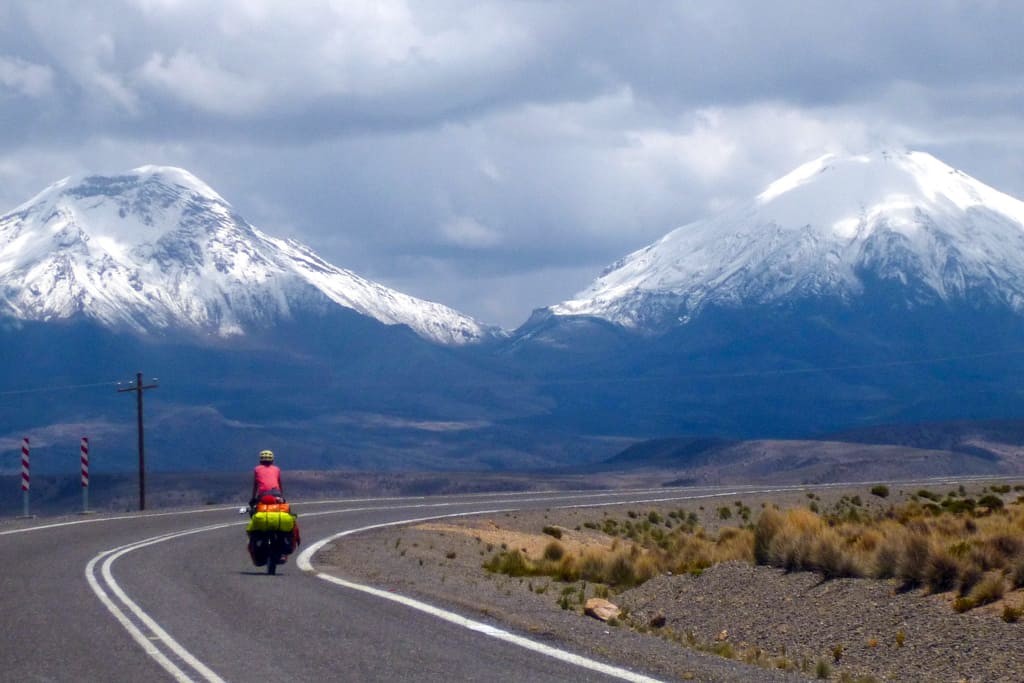