Documentaries about South America are as varied as the continent itself.  Before my South American backpacking adventure, I consumed as much content as I could, hoping to better understand the places I’d be visiting. During that time, I watched over a hundred hours of documentaries on South America!

From films exploring dramatic landscapes and rich cultural tapestries to documentaries following the continent’s intense politics, there’s a documentary about South America to suit every interest!

Picking the best has been a challenge but these are some of our favourites!

This documentary covers the hijacking of Bus 174 in Rio de Janeiro, Brazil, on Valentine’s Day in the year 2000. The film studies the hijacker, Sandro, a young man from the favelas. A survivor of the Candelaria massacre, he witnessed his mother’s murder and as a result, spent most of his life in and out of juvenile correctional facilities.

Intertwined with Sandro’s history, the film goes into the ramifications of the police’s actions during the hijacking. During the standoff and with news crews recording, things take a turn and Sandro is never seen alive again.

There is also a fictionalised version of these events, shown in the film Last Stop 174 which is one of our favourite South American films!

Whether you believe in plant medicine or view it as another form of cultural appropriation led by hippies, this intimate look at Ayahuasca gives a balanced view on the sacred vine.

The Sacred Science chronicles the journey of eight desperate westerners who, after feeling lost and let down by modern medicine, journey to Peru to spend a month working with traditional healers.

During their 30 days spent deep in the jungle, the octuplet are introduced to various forms of traditional plant medicine, not just the hallucinogenic Ayahuasca brew. Each is suffering from a different ailment, including Parkinson’s disease, diabetes, cancer and depression.

This film is an interesting dive into plant medicine and the traditional healing practices that are becoming increasingly popular with western tourists.

While not strictly about South America, this film takes an in-depth look at the life and career of one of South America’s most venerated sports stars. Argentine Juan Manuel Fangio dominated the early years of the Formula 1 World Championship and took the motorsport world by storm during the 1950s.

Referred to as ‘El Maestro, el Mejor,’ (The Master, the Best) in Argentina, Fangio won five world championships, a feat that wasn’t equalled until the early 2000s.

Throughout his career, he witnessed the deaths of friends, rivals and even spectators. He was kidnapped by Cuban revolutionaries, whom he forgave because, “if what the rebels did was in a good cause, then I, as an Argentine, accept it.” And after his career was over, he settled into selling Mercedes cars in Argentina — often driving his old racing cars at demonstrations.

If you’re not interested in motorsport, this documentary won’t be the most gripping on our list. But, if you have even a passing interest, this film is a must-see.

Following on from the popular series Street Food Asia, Street Food Latin America is a six-part mini-series focusing on delectable treats in six Latin American cities. Five of the six episodes are based in South America, the other is based in Mexico.

Street food has been the lifeblood of Latin American cities and communities for thousands of years. From Buenos Aires to Bogota, Street Food Latin America reveals the tastiest treats and staples South America has to offer. It dives into the history and cultural importance of each meal, proving that South American street food is much more than a collection of tasty treats — it’s a cultural phenomenon!

No matter whether you’re preparing to visit the continent, reliving previous trips or just looking for some edible inspiration, this series will get the taste buds tingling and have you drooling in no time!

Wildlands features Rusty Young, author of Marching Powder and Colombiano — two of our favourite books about South America — as he examines the dark side of the cocaine trade in South America.

Originally destined to be a documentary supporting the release of the video game Tom Clancy’s Ghost Recon: Wildlands, the film grew beyond its remit and as such, Ubisoft (the studio producing the game) dropped its involvement.

Wildlands includes interviews with George Jung (portrayed by Johnny Depp in the film Blow), ‘Popeye’ (a hitman for Pablo Escobar) and Thomas McFadden (whom the book Marching Powder is about). Together with Thomas McFadden, Rusty Young revisits San Pedro Prison in La Paz, where the pair first met when McFadden was being held for drug trafficking charges. Rusty also chats with agents tasked with preventing the manufacturing and transport of cocaine.

No matter your opinion of the war on drugs, Wildlands is a compelling watch that takes you places no documentary has gone before.

The Galapagos Affair explores the bizarre series of events that saw Baroness Eloise Von Wagner and one of her lovers disappear from the remote Galapagos island of Floreana.

The Baroness arrived to Floreana with her two young lovers in the early 1930s and it didn’t take long for tensions to ride with the two other European couples already living there. Wagner was set on opening a luxury resort but her new neighbours weren’t so keen to give up their island paradise.

After a few months of hostilities, the Baroness disappeared with one of her lovers – the other was found dead on a neighbouring island. To this day, it’s still a mystery.

7. The Edge of Democracy

The Edge of Democracy studies the rise and fall of two of Brazil’s more recent presidents, Dilma Rouseff and Luiz Inácio Lula da Silva, and how this impacted the 2014 economic crisis that rocked the country.

Featuring interviews with Rouseff and Lula themselves, this film gives a unique view on the events that transpired and directly led to the election of Jair Bolsonaro. At the same time, the film explores the family of the director which helps the audience understand just how divisive this period of Brazilian politics has been.

While some will view the story as told through a heavily biased lens, the film explores the intricacies of fascism and acts as a warning for democratic nations the world over.

The film was met with critical acclaim across the globe and was nominated for ‘Best Feature Film Documentary’ at the 2020 Academy Awards. It also garnered praise from critics in Brazil, although it was slated heavily by Bolsanaro’s government who denounced the film as “fiction and leftist propaganda.”

Magical Andes takes audiences on an epic journey through the Andes, meeting the people that call these mountains home. This series neatly documents how the extreme terrain has shaped the lives and civilisations of South America.

Slow-paced to the point of being meditative, Magical Andes depicts how different villages, towns and cities have adapted to a harsh life in the mountains. If you’ve already spent time in the Andes, the stunning camera work and long panning shots will leave you longing to return. And if not, it might just be the inspiration you need to book that plane ticket!

Season one begins at the bottom of the continent in Tierra del Fuego and ends in Colombia, at the northern end of the mountain range. Season two goes a step further, featuring Venezuela before returning south to visit places skipped over by the first series.

When Two Worlds Collide focuses on two main narratives. The struggle of indigenous populations to protect their ancestral homeland against governmental greed and the untold damage logging and mining practices are having on the environment.

The film follows indigenous activists as they clash with government forces intent on gaining international investment for Peru’s natural resources in the late noughties. Although the film delivers a very one-sided stance, it’s hard to find a narrative that would turn you against the indigenous population, who are not only protecting their homeland but the planet as a whole.

With footage shot by individuals on both sides, as well as professional filmmakers, When Two Worlds Collide takes us into the heart of the most extreme moments of this conflict — don’t expect to leave this one feeling warm and fuzzy. By the time it’s over, we’ve witnessed bullets, bloodshed and fatalities on all sides.

This film is a warning of what can happen when we put greed above the lives of local populations and the planet.

While not solely based in South America, Long Way Up heavily features the continent. This documentary follows Ewan McGregor and Charley Boorman, as they journey from Ushuaia to Central America, before riding up to the USA.

Of the eleven episodes, six of them follow the duo as they ride through South America on their Harley-Davidson motorcycles.

The third (and likely final) instalment in the pair’s motorcycle adventure franchise, Long Way Up is the first to feature electric motorcycles in what is arguably their most ambitious journey.

The premise is the same as the earlier series (Long Way Round & Long Way Down). Ewan and Charley ride adventure motorcycles over vast distances, through stunning yet inhospitable landscapes and meet amazing people along the way.

Long Way Up allows us to accompany the pair as they encounter breathtaking scenery, unexpected challenges and warm hospitality. But on a surprisingly human level, it’s the friendship between Ewan and Charley that really binds this show together.

If you’re not already a motorcyclist, this might be the South American series to turn you!

After a life-changing motorcycle accident, Tim decided life was too short to stay cooped up in his home county of Norfolk, UK. Since then, he has travelled Southeast Asia, walked the Camino de Santiago and backpacked South America. His first book, From Paralysis to Santiago, chronicles his struggle to recover from the motorcycle accident and will be released later this year. 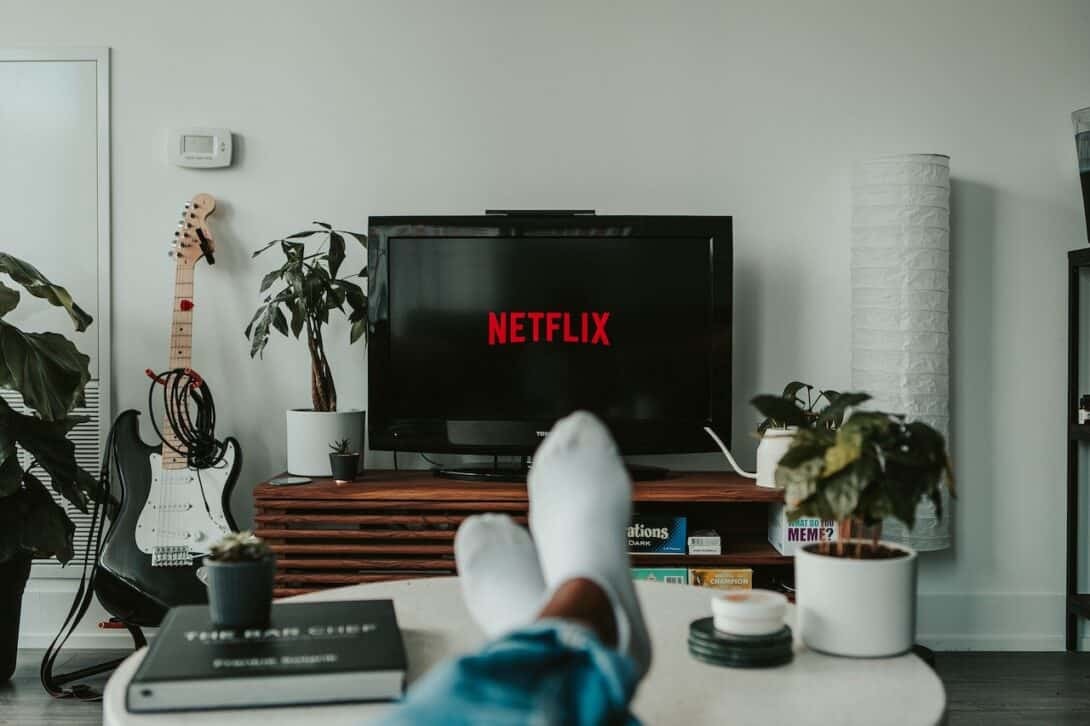