It is early morning, in the entrance hall of the airport of Lima, Peru, a group of uniformed school children and some security forces are watching in astonishment as two tired looking gringos unpack huge cardboard boxes in the middle of a chaos of small grey bags.

The two Gringos are us. An enthusiastic (some say foolhardy) German couple with the plan to cycle around South America over the next six months!

Cycling in Argentina on our way to Piedra Parada Climbing Site

We had never been to this continent before, but as a student of South American Studies with a basic geographical and political knowledge of the continent, and my boyfriend a passionate cyclist who knows how to repair nearly every part of our bikes should it fail, we began this adventure without being very worried about a little thing called – planning! We just knew that we would start in Lima and from what we heard in Germany before we left we concluded that we would probably be threatened, robbed, or worse several times… With these expectations in mind it felt strange to mount our expensive traveling bikes being watched by a growing crowd of quietly gazing Peruvians. As they started to take photos of us, we noticed for the first time what would be a constant feeling throughout the trip: that we are a curious variation of the normal European backpacker – generally called ‘gringo’, no matter where you come from. Thanks to our spontaneous decision to start the trip at the Lima Airport we are instantly faced with the loudest and most chaotic traffic possible, including hundreds of honking cabs and combis (small private buses that stop whenever someone wants to get on or off). The traffic is really slow and we have two bags on each side to keep the cars a little distance from us. Finally, we arrive safe and sound in our hostel, already knowing the most important things about Lima: the grey sky, the overwhelming Pacific Ocean and the streets full of food stands, salesmen and a motley mix of houses.

Our first journey – biking through the mountains to Huaraz!

In our hostel (The House Project) in a quiet part of Miraflores, we are welcomed with real Peruvian hospitality. The owner Pedro helped us in planning our first trip – to the mountain city Huaraz. To get to Huaraz we had to cross a 4000-meter high mountain pass! After our first cycling days along the deserted coast on the Pan-Americana (the only highway and full of huge trucks), we are happy to struggle on the steep but beautiful mountain road. In these first few days we started to get used to not very beautiful but cheap hotel rooms, packing and unpacking our bags each time a bit faster, the pleasure of some shadow and a cool drink in the hot midday sun, and being with each other every single second of the day, sometimes exhausted and bugged out, but most of the time in a happy, excited and sometimes tired, giggly mood. We also get to know this incredibly diverse country we’re travelling in step by step, freed of the limitations of organized transport,we can stop wherever we want to on the way.Our freedom enables us intimate contact with locals.

Children in a village that we meet on our way cycling through Peru, Ancash It enables us to talk with an old woman about the threats of corrupt policies and organized crime, grateful for her delicious breakfast, to help a family heaving a huge root as firewood on their motorized tricycle, or to watch a community’s preparation to fight the unfairness of a Canadian mining company. It also means to confront the differences between our fortunate position and the situation of some people we meet. Sometimes it is hard to explain how we could take six months off in Germany to make a bike tour and how we are financing it, even if we live as cheap as possible in our scale, sleeping in a tent and buying nothing more than food. We finally arrived in Huaraz, affirmed in our expectation that making a bike trip in Peru is not as crazy as other people think! Here, in fact we meet many other couples doing the same and one brave solo cyclist. Only a few are carrying as much luggage as we are. Traveling to a country with the second highest mountain range in the world (the Cordillera Blanca of Huaraz) we just couldn’t leave our hiking boots and sport climbing equipment at home! Our luggage makes us slower on the bikes but it enables us to spend a wonderful month in the mountains of Huaraz.

In Peru, Cordillera Blanca, base camp for the climbing route ‘Sphinx’

Paragliding back in Lima!

During the trip our baggage gets heavier instead of lighter! After our time in Huaraz and a long, beautiful bike trip through the northern cloud forest of Peru we started a paragliding course back in Lima and left heading to Chili with around seven kilos more on the bikes… We bought a used paragliding wing that gave us the opportunity to make some not very professional, but spectacular flights on the way (without knowing it at the time my boyfriend is one of the first in flying down the volcano Misti close to Arequipa!) and then finally we really learnt how to handle the wing in a wonderful week in Iquique (Chili), with a funny teacher and surrounded by professional para-gliders from all over the world.

The differences cycling in Peru to Chile…

The differences between Peru and Chili surprised both of us and was the topic of many interesting discussions after another day cycling. In the capital Santiago we had the impression that we were back in Europe. The much higher prices forced us to use our tent a lot more than in Peru, but we noticed that camping for example at a river bank in the wonderfully green lake region of Chili is not only cheaper, but also much more beautiful than renting a characterless hostel room for one night. Another difference is that we were able to meet more locals friends than we did in Peru, not because the people are more open or more friendly, just because the life and thoughts of the young people we meet now have more in common with our Western upbringing…

Rock climbing in Chile and Argentina

Having left our paragliding wing with a friend in Santiago we’re now able to carry some new equipment around! Cycling and hitchhiking (no problem, even with the bikes!) on the modern Chilean highway towards the south we visited overwhelming, sometimes quite new and unknown sport climbing areas thanks to the rope and the equipment for belay we bought in Santiago. We made new climbing friends and ended up meeting them again and again in different locations all over the region and finally in our ultimate in a canyon in Argentina. Teh climbing Mecca we found was in the middle of a remote area of Argentina known as La Pampa, populated by one farming family, a lot of animals, and each year more and more climbing enthusiasts. In Argentina we learnt three important lessons:

The mountain pass from Osorno (Chili) to Bariloche (Argentina) rewarded us with spectacular landscape and we met relaxed and friendly people which made this a thoroughly stretch. We spent the last two weeks close to Bariloche in a canyon that was discovered as a climbing area only some years ago (Piedra Parada), camping next to a river…

Lessons learnt from time on the road

During this time, the two of us realized that you really need very few things to be happy in life. To jump out of the tent into the river in the morning sun, to have nice people around you all day, to roast a fish from the river on the fire after a day of climbing… This lifestyle made us feel balanced and lucky and made us question a lot of habits we and other people have back home. It also helped me to reflect what was one of the most important things learnt during these few months: To notice that I can nearly always freely decide where to go and what to do – so that I also have to feel responsible for the situation I’m in and know that I can always change it. This bike trip showed us a lifestyle with much less problems than we envisaged. We got to know incredibly diverse parts of three incredible countries. We got to know the limitations of own body and mind – as well as getting to know each other. Thinking back to it we could tell a hundred more stories, but as we’ve learned on the trip it’s much more exciting to make one’s own experiences inspired and motivated (NOT intimidated) by others. Now wouldn’t you like to plan your own unique adventure? 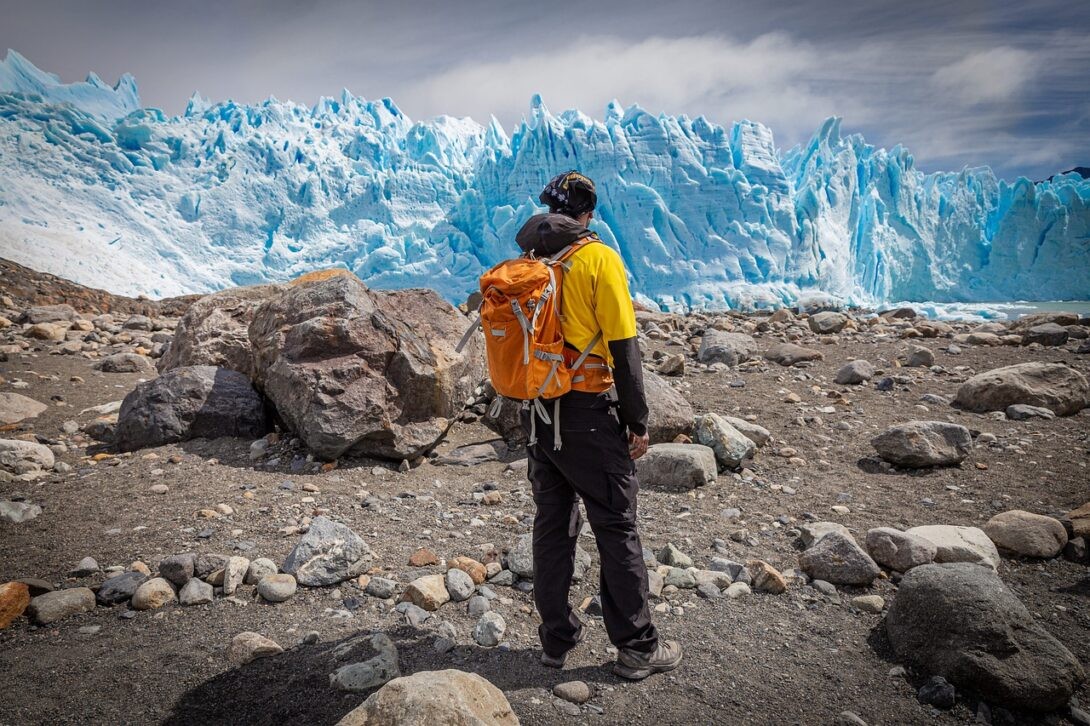 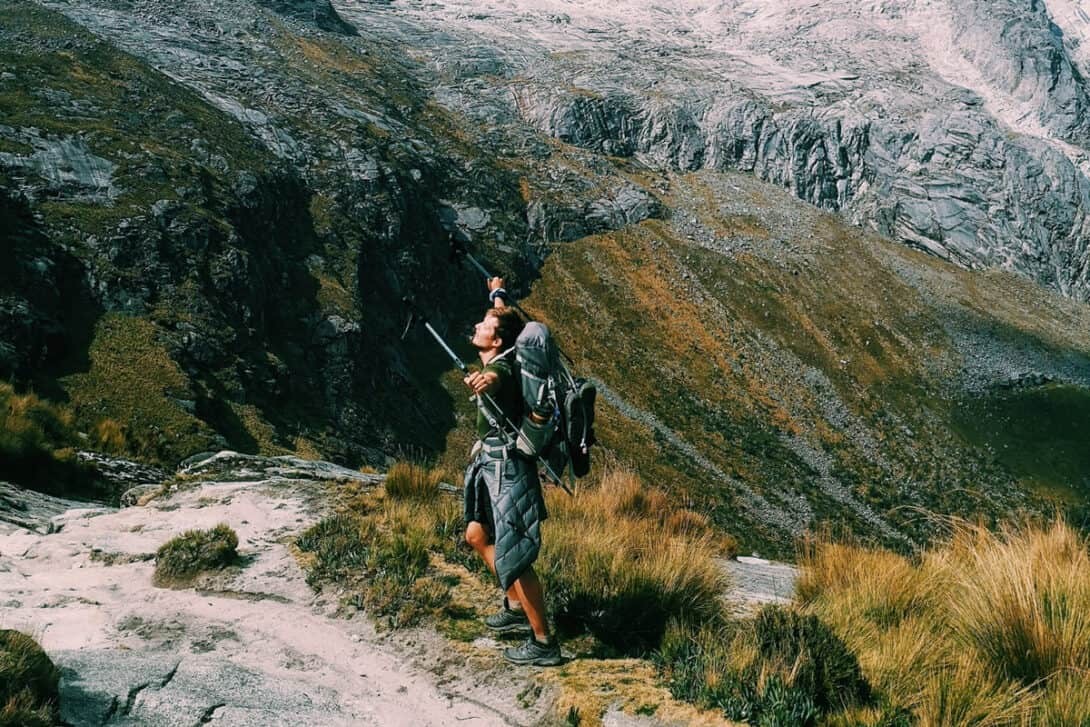 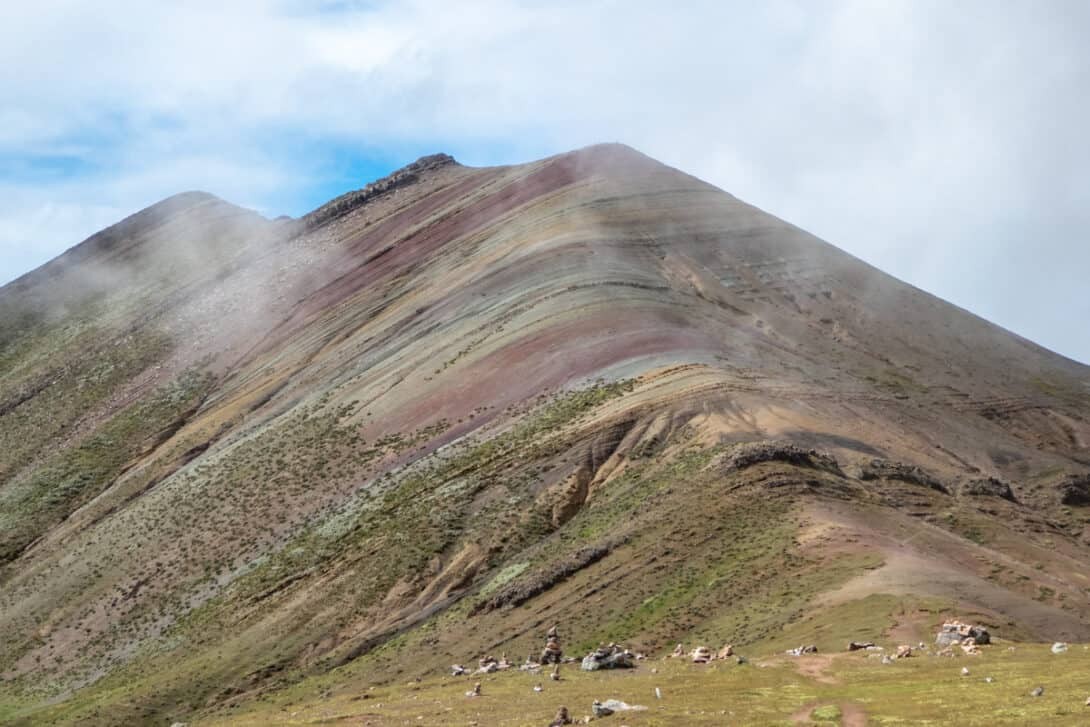 1 thought on “Two Gringos Biking, Climbing and Paragliding Our Way Round South America!”