If you’re spending New Year in South America, you’re likely wondering where to base yourself for the celebrations. Luckily for you, Latinos sure know how to party!

When it comes to choosing a South American destination to see in the New Year, there is a lot of pressure. Get it wrong and you could end up in a stuffy bar with no vibe and overpriced drinks. Get it right and you may well be in for the best night of your life as you salsa away in the streets!

The following places in South America promise to deliver a magical experience and help you see in the New Year right. So without further ado, here are our pick of the best South American destinations for New Year.

Can you even talk about partying in South America without mentioning Rio de Janeiro? Essentially the King of the Carnival, this vibrant city is known for its lively samba, pumping beats and colourful celebrations. Rio’s parties know no bounds and it won’t be long before the streets are bursting with people!

Although celebrations are widespread throughout the entire city, the most popular destination for the New Year festivities is Copacabana Beach where an epic firework display takes place at midnight. Celebrations officially start at 8 pm but the festivities go on way into the early hours. Join millions of locals and tourists alike as you samba the night away with a Caipirinha in hand!

If you’re looking for something a little more traditional, you can get involved with some Brazilian New Year customs. Throw flowers into the sea as an offering to Yemanjá, the Afro-American goddess of the water or join in with the seven wave jump. The latter is a tradition which sees people jump seven waves while making seven wishes. Just make sure that you remember your seven wishes after all that booze! 😉

Call us old-fashioned but sometimes you want a New Year you’ll actually remember – not one where you pickle yourself in booze and spend the next day rueing your life’s decisions. If a hangover-free start to the Gregorian calendar is appealing, Argentina’s capital city could be your perfect NYE destination.

Although this city still knows how to party, New Year’s Eve is a rather more subdued affair than in neighbouring South American countries, with many locals traditionally choosing to spend the evening at home with their families.

Despite this, there is still plenty going on in the city. Many bars and restaurants will hold private parties and there is a range of clubs in Palermo which pump out music into the wee hours. If you’re looking for a more cultural experience to ring in the New Year, don’t miss one of the Tango clubs in Buenos Aires, many of which hold special events on the evening of December 31st.

Have you ever had a year so bad that you just want to burn it all to the ground and start again? If you’ve answered yes to this question, make the Queen of the Caribbean Coast, Cartagena, your New Year destination.

An age-old tradition in Colombia is to literally ‘burn the old year’. Essentially combining Guy Fawkes Night with New Year’s Eve, the locals will make doll-like effigies of national and international personalities (usually politicians), fill them with fireworks and burn them at midnight. This symbolic action wipes the slate clean to prepare for the New Year.

Once you’ve set yourself free of the old year, enjoy the epic firework display that takes place at Parque de la Marina, illuminating the water of the pond below. Make sure you get there early or you’ll miss out on a seat (or should we say floor space)!

When you finally rise on New Year’s Day, don’t be surprised if you see a mass exodus from your hotel or hostel. On the first day of the year, it is Colombian tradition to take your suitcase and walk around the block – legend has it that this act will bring a year full of adventures to pass!

The Cultural Capital of Chile is a fantastic place to spend New Year’s Eve in South America. Home to an awe-inspiring fireworks display, the second largest in South America after Rio de Janeiro, over a million people flock to Valparaíso to see the spectacle on December 31st.

This UNESCO World Heritage Site is a truly special place to spend the festive season. With live music events running from the 28th of December, there is plenty to see and do in Valparaíso around this time of year. Live music takes place in Plaza Sotomayer and the party pumps on until the following day.

If the beach is more your scene, head to Chile’s most popular resort Viña del Mar. Just half an hour from the city, the fireworks can still be seen thanks to a blackout in Valparaíso which reduces light pollution. As with any kind of travel over the New Year period, make sure to book your accommodation in advance as places get filled up way ahead of time!

Often overlooked when travellers come to plan their South American route, the small but mighty country of Uruguay packs a big punch! This is no more evident than on New Year’s Eve when Punta del Este hosts an incredible beach party in honour of the New Year.

Many restaurants will host special events on the evening of December 31st, often including traditional Uruguayan fare. However, a more adventurous young crowd prefer to flock to the beach for the sunset where they stay until the fireworks kick off at midnight.

Although a rather more pricey affair than other destinations on this list, a New Year trip to Uruguay promises everything you could want from a party, plus enough comfort to help you recover the following day!

Skip Peru’s capital city and instead head to the Andes for your New Year celebrations. The ancient Incan capital of Cusco attracts hundreds of thousands of people who descend on the pulsating Plaza de Armas for an unforgettable New Year celebration.

Revellers traditionally wear yellow for the festivities as the Incans believe that this colour brings luck and prosperity to the wearer. Featuring dancing, boozing and of course, fireworks, New Year’s Eve in Cusco offers travellers an exciting blend of traditional and modern, leading to a night you’re sure to remember (depending on the number of Pisco Sours you’ve had, obviously)…

To get involved in a fun Peruvian custom, head to the San Pedro market and pick up three potatoes. Peel one fully, half-peel another and leave one unpeeled. From there, throw them under your bed and then grab the first one you can reach, without looking. It is believed that this practice has the power to reveal your financial situation for the upcoming year!

South America is an incredible place to spend New Year’s Eve. The mix of showy celebrations, ancient traditions and loco partying make any of the places listed above an absolute bucket-list experience.

Where is the best place in South America that you have spent New Year? 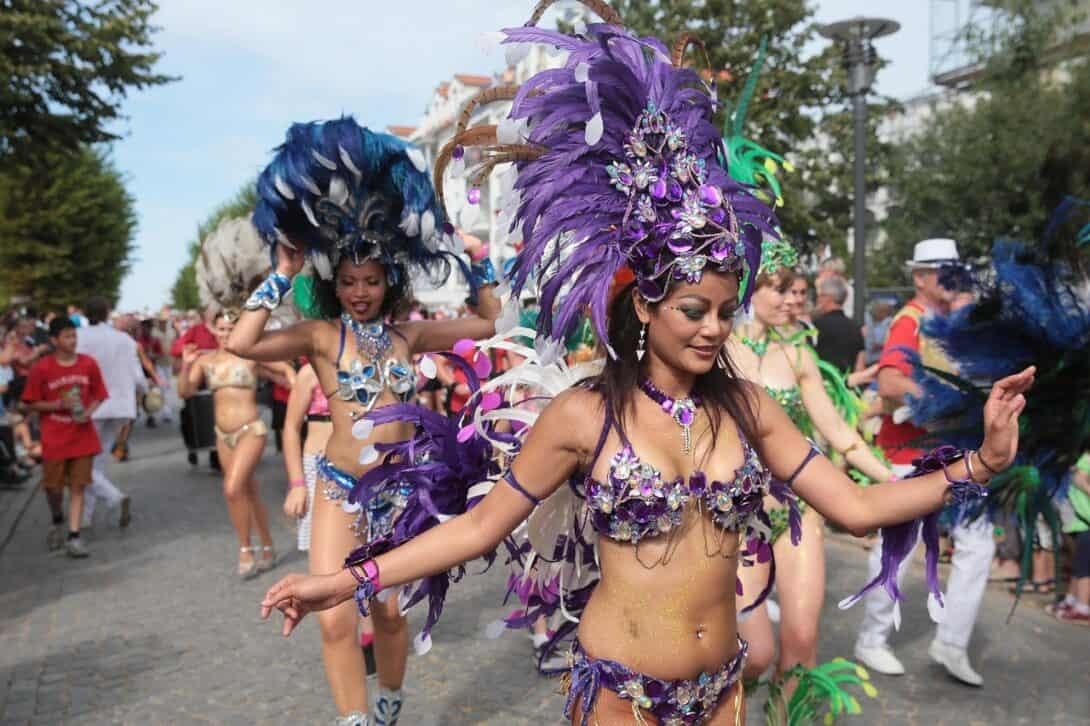 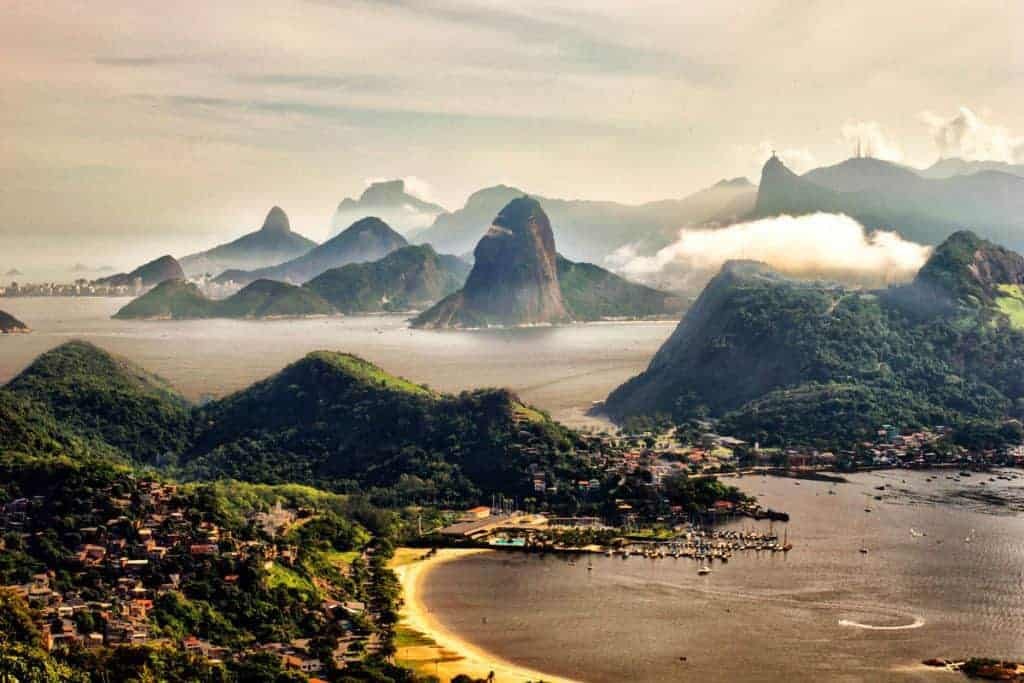 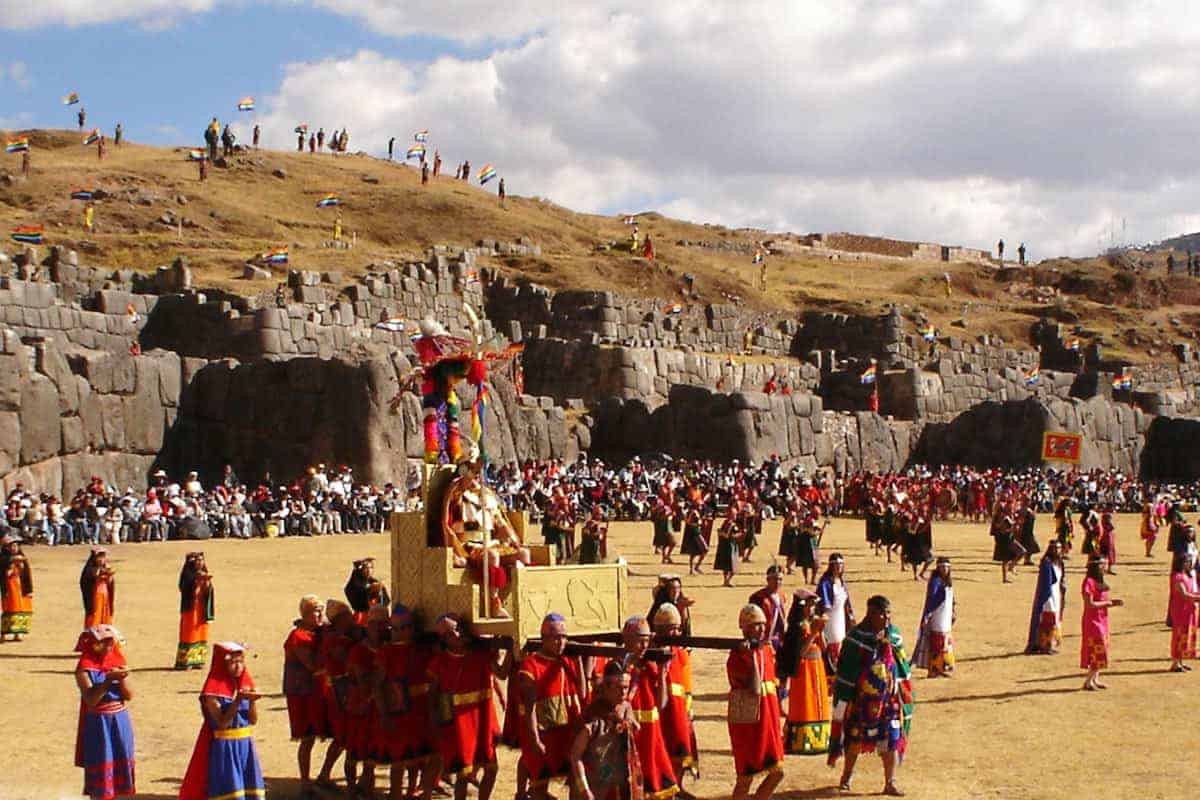