When it comes to backpacking in South America, transport is a vital consideration. The availability of public transport across the continent means that most budget travellers will decide to overland around the country, rather than flying from place to place.

If you’re looking to work out your options when it comes to transport in South America, you’re in the right place. This guide will tell you everything you need to know about the roads and various transport options available. Taking into account safety and cost, all your questions will be answered here.

This article contains affiliate links. Booking/buying through links you find on this site is a great way of supporting the work we do at no extra cost to you.

Unlike many western countries, some roads in South America leave a lot to be desired. Road maintenance needs a serious makeover and potholes as big as swimming pools can make for dangerous journeys.

Despite being generally safe to travel around, Bolivia, in particular, is known for its dangerous roads. Perhaps the most famous of these is Death Road, so-called because of the thousands that have lost their lives trying to make the journey from La Paz to the Yungas region. Although this road is officially closed to traffic now, instead favouring the guided cycling tours which take place there, daring cyclists are still regularly injured during the descent.

Road accidents are common across South America, with numerous buses every year plummeting off of the side of mountain roads in the Andes. Often these roads will be very poorly maintained (if at all), with no barriers and staggering drops below.

The road to Rurrenabaque in Bolivia has a particularly bad reputation and every year buses full of people lose their lives when their transport simply plummets off the edge.

Although it can be hard to counter these risks, the best advice is to always do your research. If a particular road-based journey has a terrible reputation for safety, consider whether you can get to your destination another way.

Whenever possible, stick to the Pan-American highway to make journeys. This network of roads spans from Alaska to Argentina (excluding the Darien Gap). It is one of the best well-maintained roads that you will find in South America.

It also helps to travel with a reputable company. Talk to your fellow travellers and read reviews online before booking a bus. It might be more costly to travel with a good company, but you can’t put a price on safety.

Buses are a backpacker’s best friend. They are cheap, frequent and (generally) reliable. Yet, despite their obvious pros, there are also downsides to travelling South America by bus.

This form of transport can be greatly affected by adverse weather conditions so it is always worth looking at the forecast before travelling. Some roads can become completely impassable due to landslides or flooding so always be mindful when arranging transport in the rainy season. Parts of very remote areas such as Patagonia become completely unreachable outside the summer months so always do your research when planning your trips and transport.

Bus hijacking is not as common as it used to be across the continent but is still something to be aware of. This involves armed gangs who strategically stop and enter buses to rob the passengers on board. In the past, violence has been used against travellers.

If the worst happens and you find yourself in this situation, hand over any valuables that are asked of you. Your travel insurance will cover an event like this so be compliant and try not to attract extra attention.

Drink-driving is a problem in South America and sadly, it is not uncommon to hear of tour drivers and bus drivers under the influence. Some bus operators, including the highly-rated Cruz del Sur, will breathalyse their drivers before travelling to ensure passenger safety. It is worth paying more when this kind of extra precaution is taken.

Owing to some of the bus horror stories, you would be forgiven for assuming that travel via taxi is the safest way to get around South America. However, this is not necessarily the case. South American taxi drivers have a bad reputation when it comes to traveller safety.

It is important to say that whilst not all taxi drivers are bad, this reputation does not come without reason. All over the continent, there have been problems with taxi drivers and their complicity in scams and in particular, express kidnappings.

Express kidnappings work as follows. Firstly, the traveller gets into a taxi before a gang later enters. These gangs have usually been tipped off by the taxi driver who is in on the scam. You’ll then be driven around the area, stopping at ATMs along the way. The gang will force you to withdraw your cash and hand it over to them. These hijackings have been known to get violent so if you find yourself in this situation it is best to be compliant.

As most backpackers will already know, striking a fair deal with a taxi driver can be tricky and this, coupled with the risks outlined above, might mean it is easier to stay away from taxis.

If you have to use taxis, we advise asking your hostel or guesthouse to call you one and avoid hailing them on the street. If taking a taxi from an airport, always make sure to use a branded one from the airport taxi rank and not the ones which wait just outside the car park. Unlicensed taxi driving is a very shady business, especially in South America!

Many travellers feel that the safest way to get around South America is to use a ridesharing app. Uber and rival company EasyTaxi are used all over South America and come highly recommended by locals and travellers alike. As a general rule, you will be less likely to pay over the odds for your ride using an app and you can also rate the driver. If you keep getting rated 1* for robbing your passengers, you won’t stay on Uber very long!

Bear in mind that sometimes, it can take a while for a driver to accept your ride request. To avoid missing any transport connections, always ensure that you leave an adequate amount of time for your journey and leave earlier than necessary in case of any hiccups.

Renting a Car in South America

Whether you want to get off the beaten track or take on one of South America’s epic road trips, renting a car and driving is a fantastic option. Prices vary from region to region, let alone between different countries but it will always be more expensive than using buses. However, the freedom of having your own vehicle more than makes up for the cost.

Be aware that road quality and driving standards across South America can vary wildly. You’ll also need an IDP (International Driving Permit) and be old enough to hire a car – usually 25+ years old.

Many backpackers head to South America in search of adventure. And to find it, they hit their road, armed only with their rucksack and a tatty cardboard sign. Hitchhiking is not unusual across South America, although it is far more commonplace in some countries than others.

Argentina, Chile and Uruguay are often said to be the safest countries to hitchhike around and they are also the countries where you most commonly see travellers trying to thumb a ride.

Brazil is often touted to be the most dangerous country to hitchhike through, however, plenty of travellers do it! When it comes to thumbing your way across the continent, always listen to your gut and make sure that you have a backup plan in case you can’t get a ride.

For backpackers, trains are not a popular way to travel around the continent. Most countries don’t have a comprehensive national train network. Compared to buses, they are more expensive and it can be hard to get tickets and seat reservations. The latter can result in quite an uncomfortable journey, especially if a lot of people want to take the same train as you!

Although there are a few iconic train journeys across the continent, most of them tend to be short tourist attractions in their own right, like the journey up and over the ‘Devil’s Nose’ in Ecuador or the train to Machu Picchu in Peru. Still, if your budget will stretch, these novel trips are worth doing. For longer journeys cross-country, we’d recommend sticking with the bus.

Spanning a whopping 17.84 million km², it is fair to say that South America is a pretty big continent. While overlanding is definitely our preferred way to travel around, it is not always practical if you’re jumping from one side of the continent to another or heading out to an island destination such as the Galapagos.

In these instances, the only way to make the journey with any kind of speed is to fly. Flights vary in price and are sure to suck a large portion of your budget so we only recommend flying in South America when you have no other choice.

Travelling around a continent as vast and as varied as South America can be daunting. It doesn’t have to be though! Loads of travellers overland from country to country and the vast majority of them have trouble-free visits.

When selecting your transport in South America, always make sure to opt for reputable companies, speak to other travellers about their experiences and read reviews. The best fit for you will depend on your budget, your location and, of course, your sense of adventure! ¡Buen viaje! 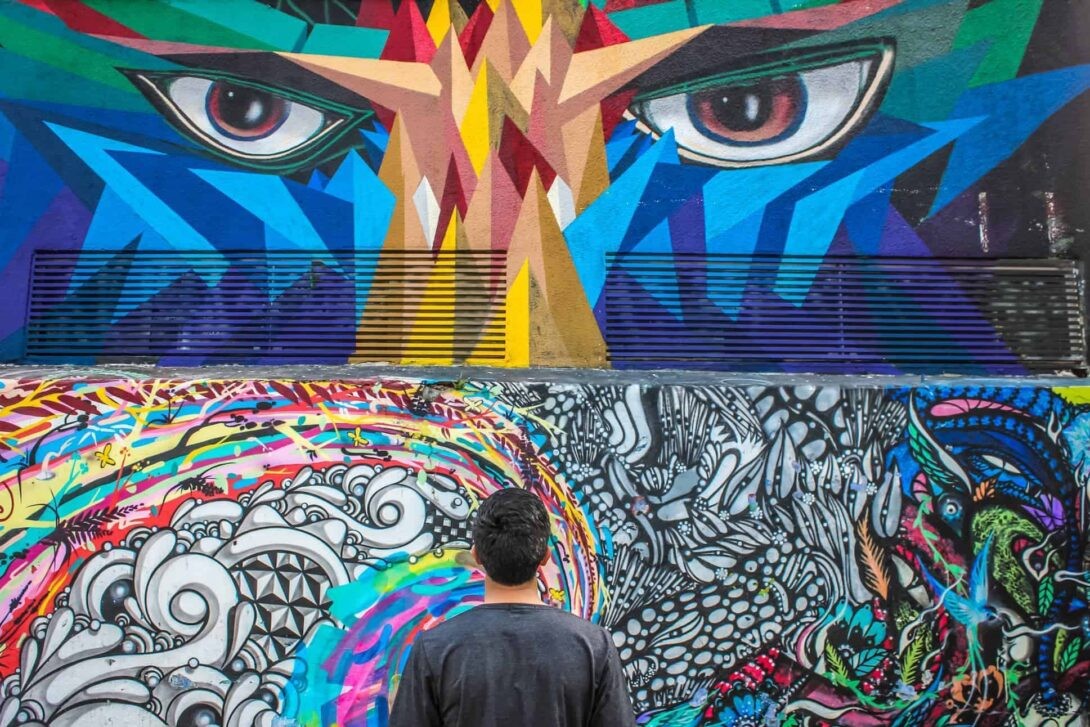