The legendary Lost City of Colombia…. For centuries it eluded explorers, treasure hunters and the gold-hunting Spanish expeditions. Obscured by cloud, consumed by jungle, the city remained lost until the 1970s. Only in the last five years has the Lost City trek become a ‘must do’ on any serious adventurers checklist.

Trek for five days through churning rivers and teeming jungles, sleep in local villages and get to know the friendly Tayrona Indians on an adventure unlike any other. Swim in isolated rivers and explore tumbling waterfalls, all the while edging closer to the 1200 steps which lead into the clouds. Finally, after three days of hard trekking, you will reach the Lost City… Stand in wonder at the incredible plazas hacked out of the jungle as the sun comes up over the jagged bowel of mountains in the distance, said to hide even more ancient cities, lost forever to the jungle…

Find out more about the Lost City Trek on Backpacker Bookings… 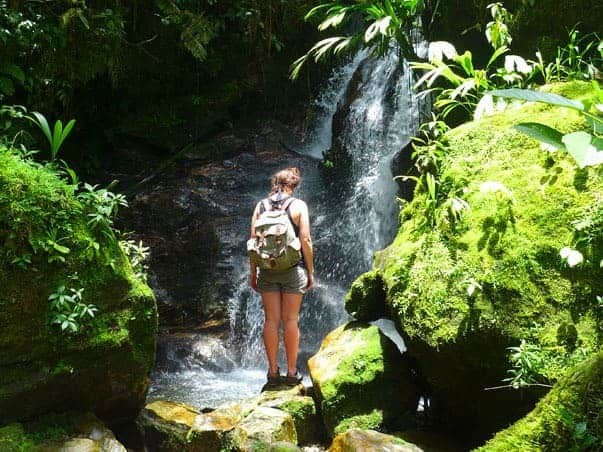 Read our review of this trip here.