Just a 90-minute drive from the capital of Santiago, this gritty but enchanting city was one of Chiles best kept secrets until recently. Valparaiso is packed top to bottom with its own unique but enchanting personality. Nobel prize winning poet, and native Valparaisian Pablo Neruda described the city better than anyone: ‘Valparaiso, how absurd you are…you haven’t combed your hair, you’ve never had time to get dressed, life has always surprised you’. 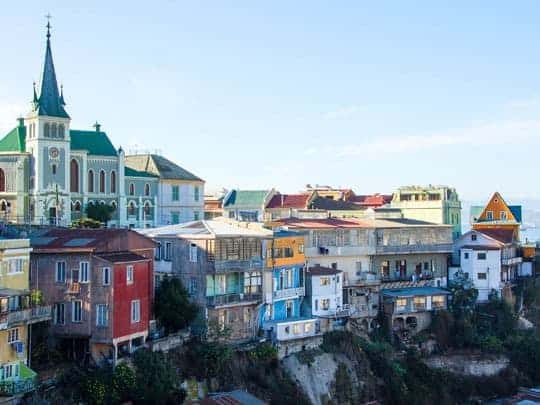 But just why is this ‘absurd’ city so captivating?

An Artist’s Muse – photographers, painters, philosophers and poets will all be enthralled by the beautifully unpolished charm and personality of this city. Valparaiso is a merchant port, lined with crumbling mansions, backed by a maze of graffitied alleyways, and perfectly completed by a horizon of snowcapped mountains. It lures you into relaxation and admiration, and the streets are perfectly designed for ambling. Who couldn’t fall in love. 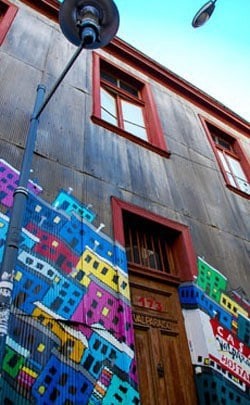 Street Art – I dare say it, but Valparaiso has some of the most impressive graffiti in the world. The graffiti is legal too, and in fact encouraged by the government who provides the locals with free paint and supplies to decorate the city as they desire. One rule exists: get permission from whoever owns the property first or it will get painted over. Most people however are obliging, and this has created a vibrant canvas for people’s imaginations and politically inspired messages. The result being a unique, bohemian, artistic city like no other. 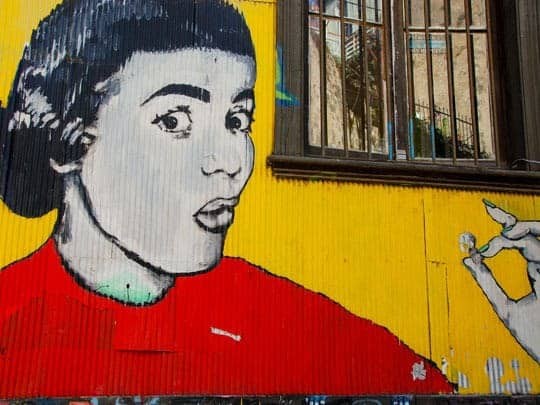 Chilean Vino – it’s been long, long, awaited, and finally; somewhere in the world wine IS cheaper than water… and its delicious! In the supermarkets you can purchase 1.5 liters of wine (yes, that’s double a standard wine bottle) for just a mere £1.50+, and the same equivalent of water for £1.75. I’m talking wine…good wine…in a glass bottle…with a genuine real cork. Be sure to indulge yourself with Chiles signature red wine, the Carmenere, and the locally produced Malbec. 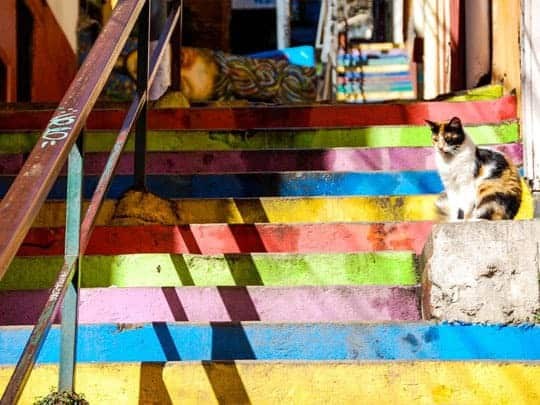 Roaming Hounds – unexplainably the stray street dogs will adorably wait at traffic lights with the pedestrians and not cross the road until the light turns to green. The locals are too dumbfounded by this, especially as dogs are colourblind. The government feeds the dogs daily, so they’re nice chubby fellas who will be your best friend for an hour with just one pet on the head. They are so adored in fact, that the majority of policemen and security guards in the city have adopted a canine friend each to be their full time sidekick in the k-9 police unit. 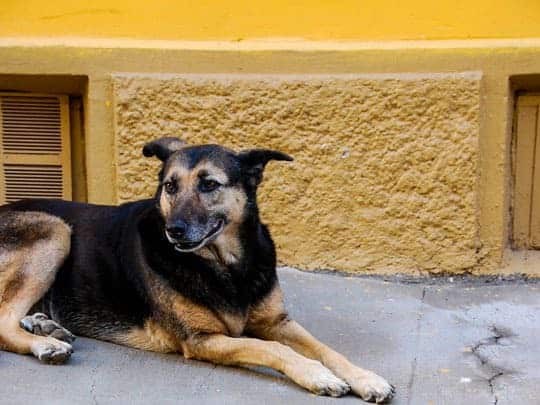 Terremotos – which literally translates to ‘earthquake’ in English. This curious drink comes in pitchers, each of which consists of 8 cups of white wine, 1 cup of pisco sour (Chilean brandy), 5 scoops of pineapple sherbet and 3 tablespoons of sugar. In basic terms it’s a rather alcoholic sorbet slurry. It’s incredibly delicious, but don’t be fooled; it’s rather lethal.

Vibrant Nightlife – no bohemian city would be complete without an outgoing nightlife to accompany it. Watering holes of all descriptions come to life here; microbreweries, wine bars, dingy pubs, music venues, al fresco restaurants and nightclubs – it has it all. All walks of nightlife here are waiting to be discovered in the labyrinth of the city, and up in the panoramic hills overlooking the city and its bay. Bear in mind, in a true South American style, you must have a seat in any bar or restaurant to be able to purchase a drink.

Funicular Lifts – these unusual steeply inclined carriages are one of the world’s 100 most endangered historical treasures, and Valparasio is the only place in the world to use them as part of their public transport system. These rickety wooden cable car-like lifts are part of a historic transport system used to create a shortcut up and down the steep seaside cerros (hills). They’re a perfect dose of atmospheric culture, views and they’re especially helpful to get you home quickly after a few terremotos and glasses of wine. The Porteños – (aka the residents of Valparaiso). Sailors, port workers, prostitutes, businessmen and alley-dwelling teens – they all co-exist in an intriguing balance here. The diversity of the local people integrates effortlessly to complement the already alluring city, creating a picture perfect postcard. 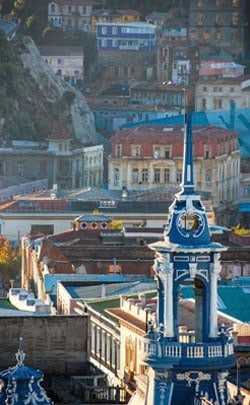 Impulsive Parties – in Valparaiso’s typical laid back and ‘anything goes’ style, spontaneous street parties develop regularly after 11pm. A few people show up armed with tambourines and guitars in hand, then some with beer, some with food, and in the blink of an eye a 50 person street party has unfolded until the early hours of the morning. (Just make sure you guard your pockets carefully, an intoxicated gringo can be a pickpockets dream.) 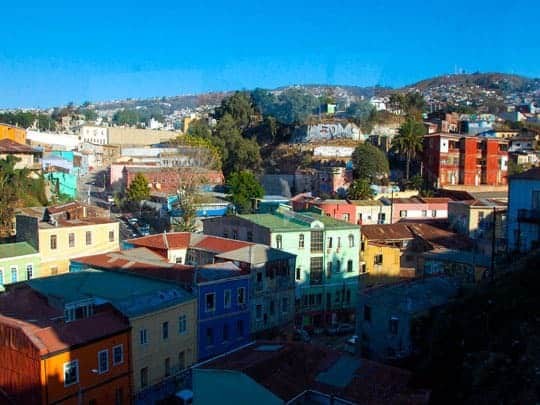 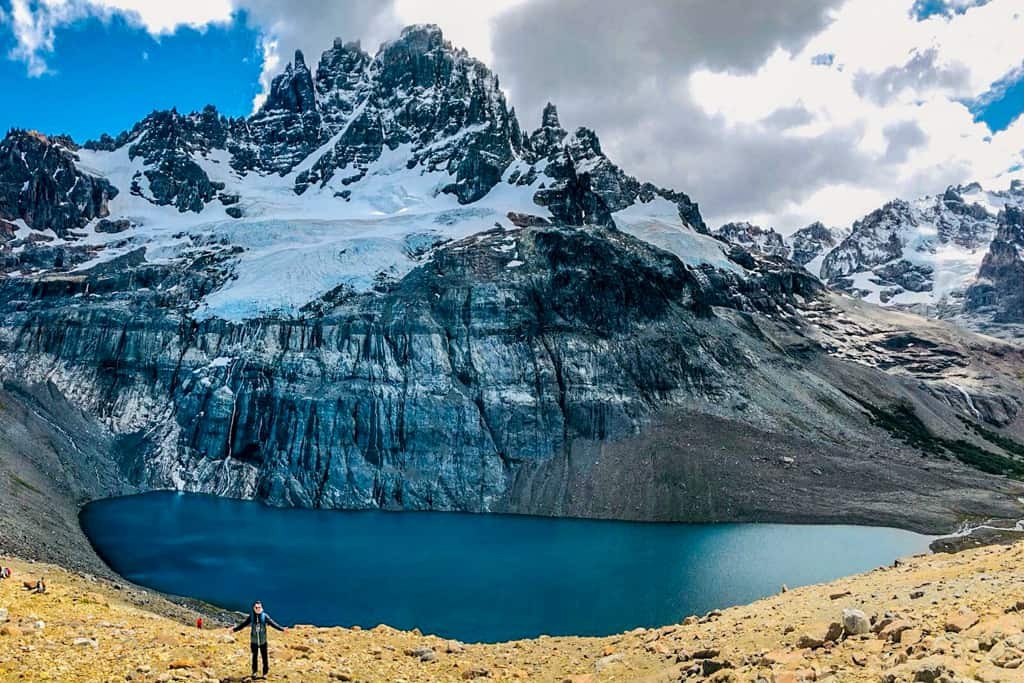 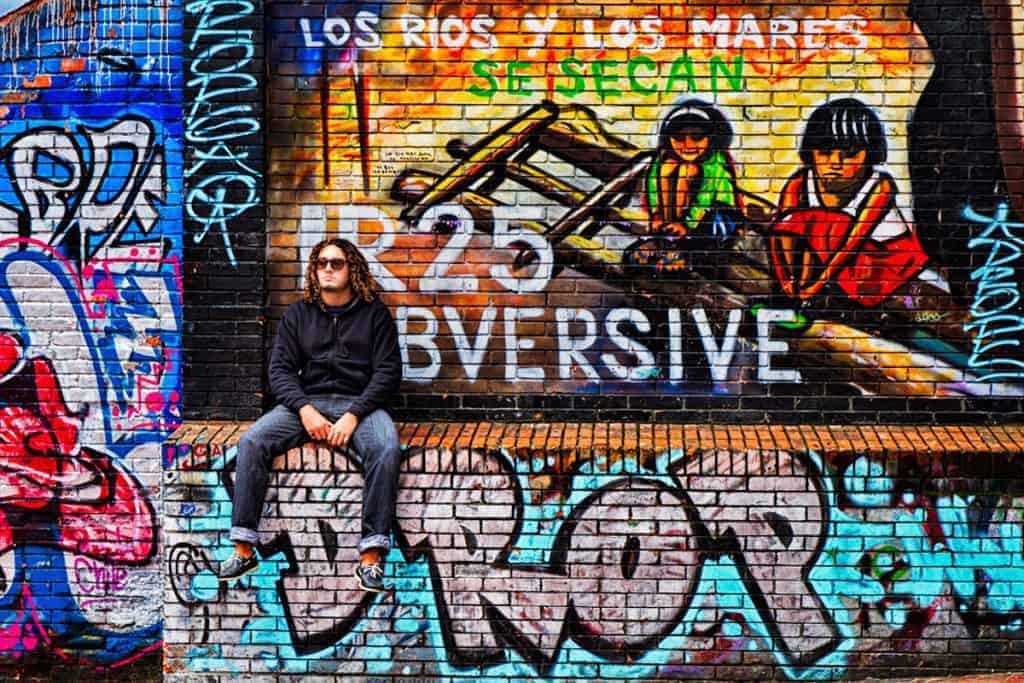 2 thoughts on “Why I Fell In Love With Valparaiso, Chile”