Kuélap is an ancient fortress, dating back to the 6th century, that was built by the mysterious Chachapoyas Culture. The historical site that has been dubbed the ‘Machu Picchu of the North’ is located in Northern Peru overlooking the rugged Utcubamba Valley. Kuélap can be reached from the beautiful and hugely underrated city of Chachapoyas.

How to get Kuélap Fortress

If you are looking to save money and avoid a tour, it is possible to reach Kuélap independently from Chachapoyas. Head to the Terminal Terrestre and look for a ‘collectivo’ (minibus) to Nuevo Tingo. This is the nearest town to Kuélap where the cable car is located, about an hour away from Chachapoyas.

The minibus costs between 7 and 10 soles each way and leaves from the bus station roughly every hour. Once you arrive, head up to the Estación Embarque. This where you buy the cable car ticket (20 soles) up to Kuélap. Upon purchasing a ticket and passing through the barrier, you will be taken via minibus to the cable car.

From there, you will be transported to the entrance to Kuélap Fortress. Here you will need to purchase your entry ticket for 20 soles and make the trek up to the citadel. Be warned, there is limited information in English.

Perhaps an easier way to visit Kuélap and the way I would recommend is via a tour arranged in Chachapoyas. We visited the walled settlement with Chachapoyas Trip Adventures and had the massive benefit of an English speaking guide.

From Chachapoyas to Kuélap by Minibus

The minibus picked us up at 8.30am sharp and we set off on the hour-long journey to Nuevo Tingo. During the ride, our guide, Augusto, introduced himself and set the expectations for the day. He initially spoke in Spanish and then translated for Tim and me, who were the only English speakers on the bus.

The journey flew by and there was plenty of beautiful scenery to take in en route. Upon arriving in the town where the Estación Embarque is located, we popped into the restaurant where we would be having lunch, to make our menu choices. There was a huge variety of dishes to choose from but we decided on the chicken fillet and vegetable omelette.

After everyone had made their choices, we piled back into the bus where we were given our tickets for the cable car. We had some time to spare before our cable car was due so we took in the views from the mirador over the valleys. There is no denying that this is some of the most stunning scenery that Northern Peru has to offer.

After going through the turnstiles, another bus picked us up the following side and drove us along a very dusty, narrow track to the cable car. We were divided into groups of eight before taking our seats inside the teleférico.

Ascending into the clouds – Above 3000 metres

Kuélap’s cable cars are a new feature built by French investors to provide a smooth and easy journey up to the entrance. Prior to the teleférico, the journey used to take an hour and a half via minibus or a four-hour hike.

Whilst the cable car journey is still a lengthy twenty minutes, this is a vast improvement on the previous transportation methods. As visitor numbers to Kuélap have increased over recent years, it has started to attract attention as an impressive off the beaten track attraction, with it recently being dubbed the ‘Machu Picchu of the North’.

After departing the cable car, we waited for our entrance tickets to the archaeological site. Upon receiving them, we began the steep hike up to Kuélap Fortress. Although there are stairs marking the route up, these can be slippery when wet so make sure you wear grippy shoes.

Kuélap is located at over 3000 m above sea level which makes even the easiest of treks a challenge. You will find regular rest stops and frequent water consumption will make the ascent easier. Horses can be rented for those who would rather not struggle with the hike. Don’t worry though, the views will make it all worthwhile!

I stood panting at the top of the stairs, the altitude having stolen my breath once more. The scenery was astonishing, 3000 metres above sea level on a beautiful day and I could see for miles. As I looked around at the ancient ruins of Kuélap, adorned by the odd resident llama, it was hard to comprehend just how long these structures had been standing.

Gazing at the intricate stone carvings, I couldn’t help but marvel at just how much we have yet to learn about the Chachapoyas civilisation and what other secrets this site has kept hidden for so long.

As we weaved our way through stone formations that were previously houses, Augusto explained some of the Chachapoyas history to us. In addition to their tenacity from being able to survive in such a demanding environment, the Chachapoyas were also warriors and defended their territory fiercely. Nowadays, this protection duty has been passed over the tourism police that patrol the site to make sure no-one is defacing the rocks.

It takes a little imagination to picture what this settlement looked like at its inception but this is made easier by the explanation of a guide.

The small canals inside the remains of houses show us where the Chachapoyas kept their guinea pigs. Not only used as a source of food, they also used these animals for their very own central heating system which helped them to survive the harsh winters.

Although the landscape has reclaimed much of the site, archaeologists are working hard to fully restore the settlement so that it is able to withstand the growing number of tourists.

As we are lead past hundreds of former houses, towards the main temple, Augusto points out a face carved in the rock. He explains that there is still so much about this civilisation that we do not know and that their existence is largely overshadowed by the more famous Incan civilisation.

Kuélap was actually built between 600 and 900 years earlier than Machu Picchu, so there is some valid argument as to why it should be considered of equal historical value.

Back down to earth

After mulling over what life for the Cloud Warriors would have been like, we took on the drizzly descent back to the cable car. Following a scenic ride back, we then made our way to the restaurant for lunch.

The food arrived promptly and tasted delicious which was exactly what we needed after the trek up to Kuélap. When we were all sufficiently fed and watered, we jumped back into the bus for a sleepy return to Chachapoyas.

Verdict on the Tour

All in all, I wouldn’t hesitate to recommend Chachapoyas Trip Adventures for travellers looking to experience Kuélap. From the start of the day, everything ran on schedule and we were able to really get under the skin of the Chachapoyas civilisation through the information our guide gave us.

Although you can visit Kuélap independently, a guide is worth their weight in gold if you are looking to learn about the site and not just see it. Our guide, Augusto, explained the history of the Chachapoyas civilisation and Kuélap to us in a fun, dynamic way which definitely helped us picture what life was like back then.

If you decide to book a tour to Kuélap, make sure you state the need for an English speaking guide. This city is yet to hit the backpacker mainstream and the default visitor is usually from South America and fluent in Spanish.

It may not be raved about like Machu Picchu but in a few years, Kuélap is sure to be recognised as one of the best archaeological sites that Peru offers. It requires a wander from the Gringo trail but believe me when I say this is one detour you won’t want to miss.

What to bring on a tour to Kuélap

Owing to Kuélap’s altitude cloud forest setting, the weather is prone to change so travellers need to prepare for all eventualities! Don’t forget these essentials: 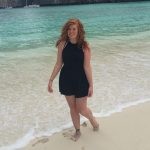